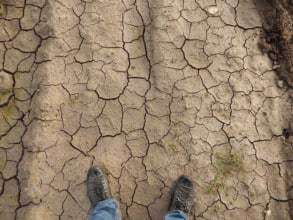 For the last few months, a terrible drought has impacted small businesses throughout the state of Florida. Now, they’ll get some much-needed relief — not from the sky, but from federal loans.

The U.S. Small Business Administration just announced that Economic Injury Disaster Loans have been made available for small businesses, agricultural and aquaculture cooperatives, and private non-profit organizations that have been negatively affected by the lack of rainfall in Florida. However, the loans are not available to farmers or ranchers.

These low interest loans can help offset financial loss due to poor crops or sales. The loans are being offered up to $2 million. Small businesses and agricultural co-ops will have a maximum loan interest rate of 3.215%, while non-profits will have an interest rate capped at 2.50%. Businesses that have no credit elsewhere can obtain repayment periods of up to 30 years. The eligibility is based on the borrower’s size, their financial resources, credit score, and collateral of more than $25,000.

For many South Florida small business owners, the loans come at a time of great need. Since mid-March, there’s been a near-unprecedented lack of rain.

“If your business has experienced any significant delays in normal operations due to the ongoing droughts, I would encourage you to apply for SBA loan assistance,” said SBA South Florida District director Francisco “Pancho” Marrero.

The Florida economy has grown substantially over the last few years, particularly in the small business sector. According to the SBA’s latest Small Business Profile, there were nearly 2.3 million small businesses throughout the state, representing a staggering 98.9% of businesses overall. Nearly 3.1 million workers were employed by small businesses in 2013.

Businesses located in 22 different Florida counties can apply for an Economic Injury Disaster Loan on the SBA website. The deadline to file an application is January 10, 2018.

John Singleton’s will is out of date, war erupts between family members