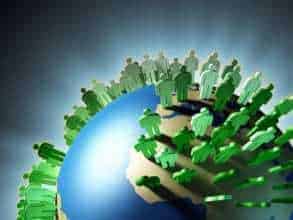 Thanks to a nationwide increase in people relocating to Florida, the Sunshine State is at risk of some dangerous environmental issues.

According to U.S. News and World Report, numerous Florida cities are among the fastest growing cities in the country as of 2016.

The Tampa Bay area had the nation’s fourth-highest population gain last year, after adding 58,000 new residents. Meanwhile, Orlando added 47,000 and Hillsborough County added 29,000. Even smaller areas like Belleview, a Marion County city that was founded in 1884 and had a population of 3,478 in 2000, has increased to 4,483 over the last few years. That might seem modest compared to 58,000 people, but proportionally it’s a major increase.

“It’s the death by a thousand cuts,” said Bob Knight, an environmental scientist with the Howard T. Odum Florida Springs Institute, who has been researching Florida waters for over four decades.

The Christian Science Monitor reports that the Indian River Lagoon, a grouping of five lagoons including Mosquito Lagoon, Banana River, and the Indian River, is being severely damaged by farm runoff and other pollution issues attributed to the growing statewide population.

The Indian River Lagoon is the most bio-diverse lagoon ecosystem in the entire Northern Hemisphere, with more than 10,000 species of plants and animals residing throughout. Because of its environmental importance, state officials and environmental support groups are worried about the population-related damages.

Not only do these population issues threaten the environmental health of the lagoon, but these problems can directly impact the roughly $2.5 billion recreation, fishing, and tourism economy throughout Florida.

Since 2000, more than 1.5 million people moved into areas around the lagoon and in the Orlando area, resulting in more than 500,000 new homes being constructed.

“Going forward, our permits aren’t going to repeat mistakes of the past,” said Charles Jacoby, a water scientist with the St. Johns River Water Management District, referring to the housing boom. “If you build something, you have to hold water on that property,” he added, “so it doesn’t just flow everywhere.”

The Ultimate Guide to the Harry Potter Fandom