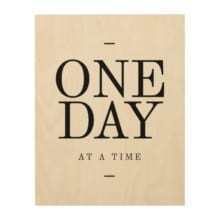 Hey, recovering alcoholics! Here comes the summer drinking season—Memorial Day, June graduations and weddings, Fourth of July, the beach, and barbecues!
What could go wrong?
Plenty, if you don’t have a plan for getting through the summer sober.
In Alcoholics Anonymous, we call the period from Thanksgiving through Christmas and New Year the “Bermuda Triangle” of sobriety—many alkies come in, but not all make it through.
If anything, summer is more dangerous for people in recovery, because there are so many social cues to drink.
What’s a recovering alkie or addict to do?
Here’s some kitchen-tested advice that gets passed along the Twelve Step meetings as holiday periods approach.
No. 1: Have an exit strategy.
Even before you get to the event, whether it’s a barbecue, a wedding, or holiday party, have a plan for leaving as soon as you feel uncomfortable. When everybody’s drinking, the pace of conversation and behavior in general seems to suddenly accelerate.
This is an extremely uncomfortable moment for people newly in recovery, and sometimes for people who have been clean and sober a long time.
When that moment arises, you want to have a plan for leaving. Did you come in your own car? Can you call an Uber or a cab? Will public transportation work? Or can you just walk out of there? Determine your exit strategy even before you enter. Don’t stick around once the drinking heats up. You won’t be missed. Everyone else will be too drunk to remember whether you stayed or left.
No. 2: Get a drink.
As soon as you get to the event, go to the bar or beverage area and get yourself a soft drink or juice—and carry it with you everywhere. People are far less likely to offer you a drink, or force a drink on you, if you’re already holding a drink.
If people ask you what you’re drinking, tell the truth. The more insistent they get that you should be drinking, the more likely it is that they need a program, too.
If you put your drink down, even for a microsecond, it’s no longer your drink. Go back to the bar or beverage area and get a new one. That’s because alkies have this very slick trick of switching out their beverage “accidentally on purpose.”
“I thought it was my Coke!” we exclaim pitifully. “How could I have known that it was actually someone else’s rum and Coke?”
It doesn’t even matter if you are maintaining visual contact with the drink—once it hits the table, it’s no longer yours. Go back and get a fresh one.
No. 3: Remain anonymous.
You don’t have to tell people that you are now sober in Alcoholics Anonymous or clean in another Twelve Step program. It’s nobody’s business. Sometimes, the newly sober tend to “over share” with people in our lives. You are not in a Twelve Step meeting when you are at a party featuring alcohol (or other substances). You are out in the big, bad world, where no one cares that you are clean.
You do not owe anyone an explanation for your choice not to drink. Your sobriety is, in fact, none of their business. You do not need to share that vital information with anyone. Remember that the last name of every Twelve Step program is “Anonymous.”
No. 4: Stay home.
There is no law that says that newly clean and sober people must test their sobriety or abstinence at every family or social event that comes along. If you’re feeling shaky about your recovery, don’t tempt fate. We love to do it, but ultimately, it could be a self-defeating choice.
If you feel that a particular event may be too much of a test for your recovery, make up an excuse and go to a meeting instead. Give your own sobriety a chance.
So there you have it—four ways to stay clean and sober through the often treacherous summer holiday season. Come Labor Day, you’ll be sober as a judge…instead of having to appear in front of one!
© Newspaper WordPress Theme by TagDiv
Posting....