Mohr Keet of South Africa bungee jumped when he was 96, landing himself in the Guinness Board of World Records.

Yuichiro Miura of Japan climbed Mount Everest when he was 80.

Not everyone in the golden years of life will attempt and accomplish such extraordinary feats, but most people can take steps to keep themselves young – at least in spirit – when they reach retirement.

Unfortunately, for many people retirement planning remains fixated on finances, so when the big day arrives they’re not quite ready to segue into life’s new chapter, says Ann Vanderslice (www.annvanderslice.com), president and CEO of Retirement Planning Strategies, which specializes in advising federal workers about their benefits.

“After you’ve planned for the money, there is still anxiety about retirement,” she says. “You don’t know what it’s like to not work and so there is that emotional part of retirement you need to manage. Sometimes people aren’t ready in any way, shape or form.”

She says a few ways to hang onto a little youthful exuberance while aging gracefully in retirement include:

• Be a lifelong learner. Making the effort to learn about new things keeps our brains young. Read something you wouldn’t normally read. Sit in on a lecture that a college opens to the public. “Some of my clients mention they took classes in philosophy or in a foreign language,” Vanderslice says. “It’s proven that those who are lifelong learners have a greater sense of optimism and a lower chance of dementia.”
• See the world – or at least some of it. There are no doubt plenty of places you haven’t ventured out to, some close by and others far away. Traveling and enjoying new experiences is a great way to keep you feeling young and enthusiastic about life, Vanderslice says, whether you head to a state park just an hour’s drive away or you board a plane bound for Paris. “Part of the fun of traveling is deciding where you want to go,” Vanderslice says. “The sky should be the limit.” Don’t eliminate anything from your initial list just because of expense, she says. You might be able to find bargains, and because you’re retired you can travel any time you want, which allows you go in the off season when prices are lower.
• Remember your doctor’s advice. Activities such as enrolling in a college class can help keep you mentally young, but you want your body to cooperate, too. “We’re always looking for that magic bullet, the easy and quick way to feeling younger,” Vanderslice says. “The truth is that those things your doctor tells you – exercise, eat a healthy diet, get the appropriate amount of sleep – are about as close to a magic bullet as you’re going to get.”

“People think that money is the most important aspect of retirement, but it’s really No. 2,” Vanderslice says. “You can have more than enough money, but if you aren’t healthy or doing the things you enjoy, the money won’t matter.” 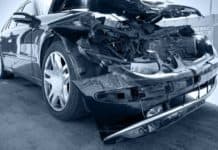 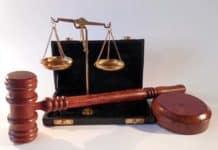 5 Things Foster Parents Should Know About Navigating The Court System