Black workers continued to experience lackluster job growth under the Trump Administration, according to the latest jobs report from the Labor Department. Although, the share of Black workers in the population that held jobs (employment-population ratio or E-POP), ticked up from 57.6 percent in April to 57.7 percent in May and the unemployment rate decreased from 7.9 percent to 7.5 percent, the latest numbers also indicated that some Black workers exited the labor market.

The 7.5 percent Black unemployment rate is more than double the jobless rate of White workers, a stubborn disparity that has existed for decades.

Even though the jobless rate for White workers also decreased last month, it was likely because they stopped looking for work, too. In fact, all three key labor market indicators (unemployment rate, labor force participation rate and employment-population ratio) declined for White workers in May.

Both White and Black working men over 20 years-old lost ground in the labor market last month. So did White women, who not only left the labor market, but were also employed at lower rates in May than the previous month.

Meanwhile, Black women entered the labor market and found jobs at higher rates in May compared to April. The labor force participation rate for Black women increased from 62.7 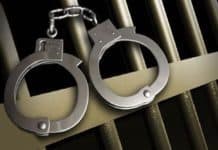