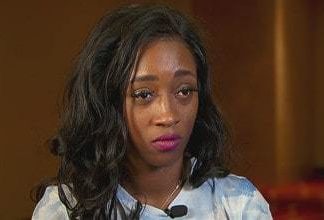 The trial of officer Jeronimo Yanez has begun.  Yanez shot and killed Philando Castile, he says, because Castile reached for his gun after advising that he was carrying.  The immediate aftermath of the killing was caught by Castile’s girlfriend, Diamond Reynolds, on video.  Yanez is charged with manslaughter and two counts of dangerous discharge of a firearm (in the presence of Reynolds and her minor child).

Reynolds said she began the video “[b]ecause I know that the people are not protected against the police.  I wanted to make sure if I died in front of my daughter that people would know the truth.”

Yanez, 29, is Latino.  Castile told him that he was carrying a gun.  Yanez’s attorneys claim he shot Castile because he saw the gun and was in fear for his life.  It’s the usual defense advanced by police before and during any subsequent trial, and most often it works– resulting in acquittal.

Yanez says Castile ignored his orders and reached for the gun with his girlfriend seated next to him and his child in the seat behind him.  He says he saw Castile’s hand on the grip.  Reynolds says the only thing Castile reached for was his identification after being ordered by Yanez to produce it.  Castile had trouble retrieving his wallet from his pant pockets and then attempted to unbuckle his seat belt, Reynolds said.

In the video Yanez can be heard– after the shooting– saying to another officer that he didn’t know where the gun was.  Most observers say Yanez’ video statement likely won’t prevent an acquittal at trial.

While Yanez will likely not be found guilty– “in fear for my life” is a magical phrase that usually exonerates police even when they shoot suspects in the back– a civil rights or wrongful death suit will probably follow. Look for this case to settle with a payout to the family.

Two of the jurors hearing the case are black.

COMMENTARY: Credibility and the White House