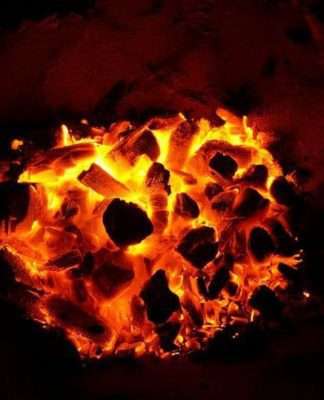 In Apollo Beach south of Tampa, two workers were killed and four others were critically injured after an explosion at the Big Bend Power Plant on June 29, The New York Times reports.

Emergency officials responded at around 4:20 p.m. at Unit 2, which is one of four powered by coal, to discover six workers with serious burns. Two plant workers were announced dead on the scene, and four others were transported to Tampa General Hospital to be treated for life-threatening injuries.

Workplace injuries such as these are far too common, with 4,836 workers killed on the job in 2015, or 13 deaths per day. Unfortunately, blue-collar workers are often most at risk.

Still, explosions of this caliber are rare. One plant employee and five contractors sustained burns, and spokesperson for Hillsborough County Fire Rescue Corey Dierdorff said their injuries are quite serious.

“They would be categorized as very severe,” said Dierdorff.

Officials say the explosion occurred during a routine maintenance procedure. Workers were trying to unclog a tank filled with lava-like molten slag, a by-product of coal that can exceed temperatures of 1,000 degrees. When the tank had been disconnected, the molten slag began gushing out uncontrollably, covering the floor six inches high and 40 feet wide. One expert described the flow to be “like what comes out of a volcano,” according to The Ledger.

The fact that the incident occurred during a routine procedure begs the question as to whether the plant needs to reevaluate their compliance with OSHA guidelines. OSHA has extremely precise rules for employees working in dangerous conditions. For instance, in trench excavations of just 4 feet, OSHA requires workers to have safe access and egress at all times, including ladders, steps, ramps, or other safe means of exit.

The day after the tragedy, OSHA announced it was investigating the Big Bend incident. After a fatal accident, such investigations are common, and it doesn’t necessarily signify wrongdoing by the plant’s employees or operators. OSHA’s investigation could take six months or more to complete.

In the meantime, Tampa Bay Times reports that Tampa Electric accounts for almost half of all power plant deaths in Florida, according to recent data.

Without a safe work environment, employees in any work setting will suffer. Not only does workplace stress cause approximately one million U.S. employees to miss work each day, but research performed by Hay Group Insight indicates that frustrated employees may represent 20% or more of the total workforce. Workplace stress and frustration can easily cause, and be caused by, unsafe working conditions. Keeping employees safe on the job makes them less likely to remain stressed or frustrated.

According to the experts who spoke with Tampa Bay Times, the number of safety incidents is cause for concern.

“If I was in charge of safety for that organization, I would be looking into possible root causes of the incidents: management, lack of training, lack of maintenance,” Lee Marchessault, a former power plant operator and president of Workplace Safety Solutions. “This is a huge red flag.”

Regardless of the cause, many are mourning the loss of the workers. One of the victims, senior plant operator Michael McCort, 60, had been a power plant employee for nearly 35 years. The other, Christopher Irvin, was a 40-year-old contractor from Tampa.

“Today, in addition to working with OSHA, our focus is on our team members and their families,” said Gordon Gillette, Tampa Electric president and CEO. “We’re doing everything we can to help them. Every team member at TECO is feeling the loss today, especially our members at Big Bend power station.”

Others injured in the explosion were identified as Frank Lee Jones, 55, and his stepson, Gary Marine Jr., 32, of Tampa, and Antonio Navarrete, 21, and Armando J. Perez, 56, of Wimauma.

Navarette’s brother, Maria Ramirez-Reyes of Gibsonton, took to Facebook to express her grief.

“I’m in so much pain right now. My brother Marro Navarrete is fighting for his life right now he has 78 percent 3rd degrees burned on all his body.”

BRACE Industrial Group, which employed three of the six workers involved in the incident, also released a statement.

“We are supporting TECO’s investigation into the incident and cooperating with local authorities and emergency responders,” the statement said. “Our primary focus is on supporting our employees and their families during this difficult time. Our thoughts and prayers are with all of the injured individuals and their families.”