Decades of vigilant struggles, sacrifices and civil rights legislation enacted in the 1960s won federal promises to ensure that discrimination is illegal and would not be tolerated.

Unfettered access to housing, voting rights, fair credit, public accommodations and more were marked and celebrated as hard-fought victories for Black Americans and other people of color. In later years, additional protections were added as amendments to safeguard the rights of the elderly, disabled, and the LGBT community.

Now in 2017, a growing number of interests are openly questioning whether the Trump Administration intends to uphold these laws. More specifically, a series of federal agencies with offices dedicated to civil rights are at risk. Through budget cuts and staff reductions, these agencies will either outright deny or severely limit the ability to challenge discrimination that continues today.

Case in point: the Department of Education’s scaling back of civil rights enforcement. Proposed Trump Administration departmental budget cuts will result in the loss of the equivalent of 46, full-time positions. For remaining staff, caseload levels will rise.

Commenting on the severity of cuts, Laura Dunn, the executive director of SurvJustice, a DC-based nonprofit that supports legal justice recently told Inside Higher Ed, “They know that they can’t complete these investigations with such a lean budget and inadequate staffing.”

Education’s OCR is charged to prevent, identify, end and remedy discrimination against students. OCR investigates education complaints involving admissions, recruitment, financial aid, academic programs, student treatment and services, vocational education, housing, employment and more. Complaints may be filed by an affected consumer or on behalf of another person or group.

Under the Obama Administration, additional OCR staffing in the Education Department was added to better meet the goal of closing cases within 180 days. In some instances, clearing case backlogs took years, instead of days, to thoroughly investigate and resolve complaints.

On June 16, the nonpartisan U.S. Commission on Civil Rights weighed in on proposed cuts and issued a lengthy statement detailing a new two-year, comprehensive assessment of federal civil rights enforcement. In part the statement read, “The review will examine the degree to which current budgets and staffing levels allow civil rights offices to perform their statutory and regulatory functions.”

“The Commission has grave concerns about continuing signals from the current Administration, including the President’s proposed budget and statements of Cabinet and senior Administration officials, that the protection and fulfillment of civil rights of all persons will not be appropriately prioritized,” continued the Commission statement. “These proposed cuts are particularly troubling in light of Education Secretary Betsy DeVos’ repeated refusal in Congressional testimony and other public statements to commit that the Department would enforce federal civil rights laws.”

Other agencies that will also be reviewed by the Commission include: Environmental Protection Agency (EPA), Health and Human Services (HHS), Housing and Urban Development (HUD), Justice, Labor, and the Legal Services Corporation.

More criticism of the Education Department under Secretary DeVos arrived on June 27 when 34 U.S. Senators representing 22 states sent their own detailed letter of concern. Two of the three Black U.S. Senators now serving in the Senate were signatories: California’s Kamala Harris and New Jersey’s Cory Booker.

“You claim to support civil rights and oppose discrimination, but your actions belie your assurances,” wrote the Senators.

The senators’ letter continued: “Closing cases quickly at the expense of the quality of the investigation is not in the long-term interests of the complainants and impedes students, teachers, and families in receiving just resolutions. Rather than abandon a systematic approach, we strongly urge you to support increased funding for OCR’s budget to allow the office to hire additional personnel to swiftly resolve complaints.”

Research by the Center for Responsible Lending (CRL) has found that students of color are often targeted by high-cost private career and training institutes that advertise high incomes for 21st Century jobs. However, the outcomes promised and the experiences of these students do not match. Only 27 percent of all for-profit students in four-year programs graduate within six years.

Students who do not graduate almost always wind up with deep student debt and low-paying jobs. When their loan repayments become too costly to maintain, loan defaults result that mar their credit profiles.

“If the Education Department was serious about addressing civil rights enforcement,” noted Robin Howarth, a CRL senior researcher, “they would be continuing the Obama Administration’s emphasis on adequate staffing of this complex and time-consuming function. Instead, they opt for gutting the standards of investigation in favor of quick resolution of cases.”

Howarth is right. Closing complaint cases quickly is not the same thing as justice.

Charlene Crowell is the communications deputy director for the Center for Responsible Lending. She can be reached at charlene.crowell@responsiblelending.org. 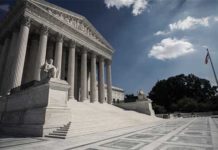