August 28, for a couple of reasons, is a singularly important date in the history of Black America.  Not only does it mark the anniversary of the 1963 March on Washington, where Dr. Martin Luther King made his globally famous “I Have A Dream” speech, but it is also the date in 1955 that Emmett Till, a 14-year-old black teenager from Chicago, was brutally beaten to death in Money, Mississippi for allegedly whistling at a white woman four days earlier.

The two dates couldn’t represent more of a contrast.  One is hopeful and uplifting.  The other is tragic and represents the worst of what America had become.  Emmett was forcibly taken from his great uncle’s home by Roy Bryant, the husband at that time of the woman, Carolyn Bryant Donhan, and Bryant’s brother-in-law J. W. Milam.  They drove him to the Tallahatchie River and ordered him to strip.  They then beat him nearly to death, gouged out his eye, shot him in the head, tied him with barbed wire to a 75-lb cotton-gin fan, and threw his body into the river.

Emmett’s body was discovered three days later, but it was so disfigured that his great uncle was unable to recognize him.  He identified Emmett only by the initialed ring still on his finger.

Even local authorities were appalled by what they saw.  They wanted to bury Emmett right away. But Emmett’s mother, Mamie Bradley, said no, and demanded that her son’s body be returned to Chicago for burial.  When she saw the extent of the mutilation done to her son, she insisted on having an open-casket funeral to expose to the world the depth of the inhumanity that racism had unleashed.

Jet Magazine published a photo of Emmett’s corpse, and before long the image was being seen around the world.

Bryant and Milam were prosecuted for Emmett’s murder.  Emmett’s grand uncle Mose Wright positively identified both of them as Emmett’s killers, but the all-white jury deliberated for less than an hour before finding the men not guilty.  The jury actually used the disfigurement of Emmett’s face to say the state had failed to prove that the body was that of Emmett Till.
The prosecution could have charged Bryant and Milam with kidnapping but didn’t. Cries of injustice were heard around the nation, but this was justice as usual for the black man in the South.  Emmett’s death was one of the early catalysts for the African American civil rights movement.
To allow the nation to forget either of these two seminal events is to give in to injustice and hate.  In the face of renewed racist violence in 2017, this August 28 we remember Emmett Till. 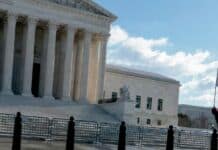 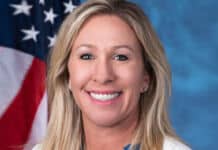 Bill Cosby Denied Appeal, But Other Avenues to Freedom Remain