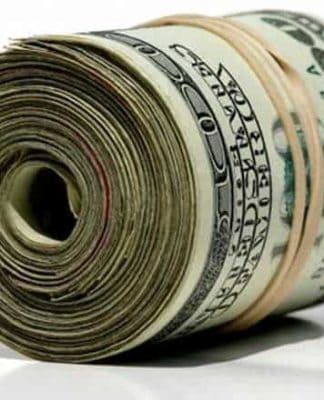 By LLOYD DUNKELBERGER, The News Service of Florida  |  THE CAPITAL, TALLAHASSEE, August 23, 2017……… House Speaker Richard Corcoran announced Wednesday that he wants to repeal part of the Florida Constitution that provides public financing for statewide election candidates.

The commission, which meets every 20 years, has the power to directly place proposed constitutional amendments on the ballot. Corcoran has appointed nine of the 37 commission members, meaning his proposals are likely to carry a lot of weight with the panel.

“This (public financing) is a gross waste of taxpayer money and is nothing more than welfare for politicians,” Corcoran said in a statement. “You really have to be clueless or just plain selfish to accept money from our state coffers that could go to our schoolchildren, first responders, or be put back in the pockets of our taxpayers.”

Boyd said more than $10 million in public financing has been spent by candidates on “political consultants, TV ad buyers and politicians instead of school kids, substance abuse treatment or veterans” since 2010.

“That is unacceptable, and repeal of the provision in the Constitution is the way to end this practice,” Boyd said.

A public financing amendment was adopted by voters in 1998 by a 64 percent to 36 percent margin. It was placed on the ballot by a prior Constitution Revision Commission.

Proponents said it was aimed at helping underfunded candidates compete in costly statewide elections. And it was designed to reduce the influence of big-money contributors by limiting public matching funds to donations of $250 or less from individuals, while candidates accepting the money had to pledge to limit their overall expenditures.

The provision has been controversial. Lawmakers placed a repeal effort on the 2010 ballot, but it failed when it only gained 52.5 percent of the vote, short of the required 60 percent for adoption.

But public financing has also been popular with statewide candidates from both parties over the years.

In the 2010 elections, more than $6 million was used by candidates running for governor and Cabinet seats. Former Attorney General Bill McCollum, a Republican, received $1.8 million for his unsuccessful gubernatorial campaign, the largest distribution, according to the state Division of Elections.

If Corcoran enters the 2018 Republican primary for governor — as is widely speculated — public financing could become an issue.

Senate Appropriations Chairman Jack Latvala, R-Clearwater, is expected to use public financing for his gubernatorial campaign, while Putnam, another contender, has used it in his last two statewide campaigns.