Televangelist Joel Osteen has at last opened his church auditorium to flood victims.  Some say this action, taken 3 days after tropical storm Harvey caused catastrophic flooding throughout Houston, came only in response to a storm of criticism that erupted on social media after his initial response to pray for those displaced by the storm.

The Lakewood Church first posted on Facebook a notice that the church was flooded and offered a number of options for persons seeking help.

One poster decided to visit the church to see the extent of the damage, hoping to catch photos of the flooding, but found no flood waters as claimed.  There were parked cars outside the church and a conspicuous absence of water.

When directly questioned on Twitter by people questioning the Church’s apparent preference for not opening its doors to the displaced, Joel Osteen tweeted:

Osteen’s tweets angered a number of people who took to social media to let him and his congregation know.

“I am afraid he has shown his true colors and where his priorities are. Church is turning me from Jesus,” one person tweeted on Sunday.

Osteen cancelled Sunday service in consideration of the storm, but indicated he did not have to allow flooding victims inside.

On Monday, however, the church decided to reverse itself and open its doors to the displaced.  Osteen told the Atlanta Journal-Constitution that his church “will continue to be a distribution center to those in need. We are prepared to house people once shelters reach capacity.”

Maybe as many as a thousand air mattresses were purchased and placed inside the facility.

Lakewood Church is a non-denominational worship center with around 52,000 people in attendance each week.  It is one of the largest churches in the United States. 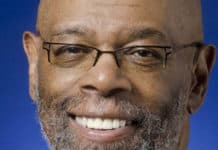 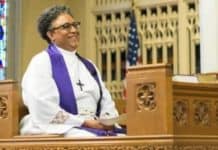