Governor Rick Scott warns of ”deadly, deadly, deadly storm surge” because of Hurricane Irma along Florida’s entire west coast, where the storm surge threat has been raised to ”15-feet of impact above ground level.”

Hurricane Irma pounded Cuba’s northern coast on Saturday (September 9) and barreled towards Florida as authorities scrambled to complete an unprecedented evacuation of millions of residents hours before the storm would engulf the state. The outer band of Irma, which has killed at least 22 people in the Caribbean, was already lashing South Florida with tropical storm-force winds and left nearly 25,000 people without power, Governor Rick Scott said. The governor warned of “deadly, deadly, deadly storm surge” up to 15-feet above ground level for the west coast. “Fifteen feet is devastating and will cover your house.”

“If you have been ordered to evacuate anywhere in the state, you need to leave right now,” said Scott during a news conference in Orange County.

These are the Hurricane Irma Evacuation Zones So Far 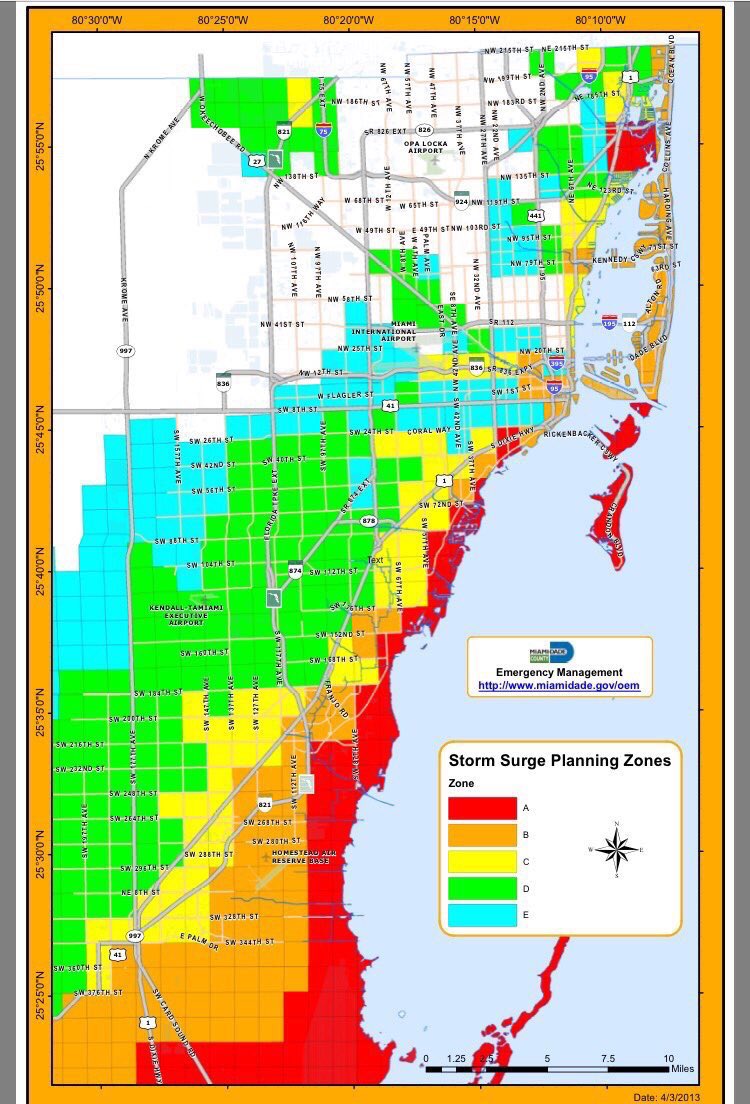 #HurricaneIrma: Mandatory evacuation ordered for all Miami-Dade residents of zone A and barrier islands of zone B (Miami Beach included).

The Florida Division of Emergency Management website will update its full list of evacuation orders as more are announced.