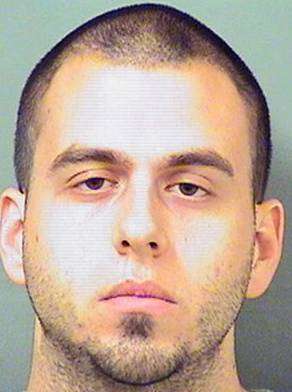 ORLANDO — Robert Atlee Miner, 27, is facing multiple charges today of human trafficking for allegedly forcing women into prostitution after luring them to work as dancers and escorts.
The arrest was made as part of a joint effort between the Palm Beach County Human Trafficking Task Force, Broward County Sheriff’s Office, the Florida Department of Law Enforcement and the FBI.
In announcing the arrest, Florida Attorney General Pam Bondi said Miner is accused of exploiting young women since January 2015.
“The defendant is charged with preying on women and, in some cases, using violence to force them into sex trafficking; all while depositing large amounts of cash into his bank account,” Bondi said in a prepared statement.
Miner is being held without bond at the Palm Beach County Jail.
© Newspaper WordPress Theme by TagDiv
Posting....