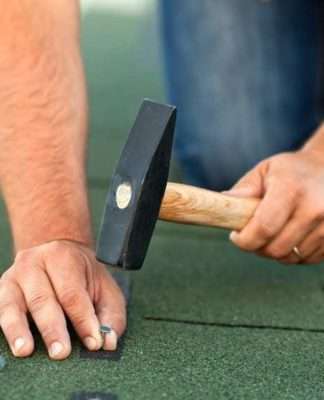 Extreme weather can be catastrophic for many homeowners. In fact, 65% of homeowners cite weather damage as the most likely reason for roof repair. For residents impacted by the recent hurricanes that swept Florida, Texas, and Puerto Rico, the cleanup can be costly and slow. But it looks as if lawmakers are trying to take preventative action to ensure future weather damage is a lot less severe. In the Florida Keys, Monroe County commissioners are reviewing a draft ordinance that, if passed, would require traditional homes and buildings to replace damaged roofing with metal roofs instead of less expensive (and less wind-resistant) materials.

The proposed law change would impact the local building code and would help owners who want to replace roofs that were damaged when Hurricane Irma rolled through the region back in September. The Keys are already storm-prone, so a roof that could withstand 140-mile-per-hour winds would seem to be a smart choice. But the ordinance applies only to existing structures that sustained damage. Further, Florida law says that modular homes aren’t subject to local building codes (which tend to be stricter) and instead fall under a state standard.

Assistant County Attorney Steve Williams said in a report to commissioners that Florida state laws allow the requiring of upgrades to building standards but that the law says the law cannot discriminate against materials, products, or construction methods of “demonstrated capabilities.” He explained that Monroe County may be able to adopt a metal roof law if it can show that shingle roofs are unable to survive intact following a hurricane.

Williams wrote in a statement, “The limitations [cited in the report] impair the county’s ability to simply mandate that every roof in the county be made a metal roof,” Williams wrote. “Moreover, the prohibition on applying local requirements to manufactured buildings … prohibits the county from applying such an ordinance to new manufactured homes.”

And although metal roofs are incredibly durable and eco-friendly — they contain a significant amount of recycled content, as 69% of steel is recycled in North America every year — they do come at a cost. If the proposal is signed into law, Florida Keys homes would be required to follow this rule when they replace their roofs, which would increase costs for residents. And eventually, metal roofs would be required for new builds, which could help protect many Florida families but would likely raise property costs throughout the state. If adapted by the rest of the state, the mandate could also have an impact on home insurance costs.

Since more than 50 million people now live along America’s hurricane-prone coastlines and more states are experiencing extreme weather conditions than in the past, homeowners are more vulnerable to property damage. As floods, wildfires, and extreme storms become more commonplace, the need for protective measures becomes more obvious.

In a press release, Renee Ramey, the Executive Director of the Metal Roofing Alliance, explained, ” There’s no doubt that homeowners everywhere need to consider materials that can withstand more extreme conditions. Thankfully, there are options like metal roofs available to help them do just that.”