OK, so this isn’t a new issue.  The Trump administration stopped renewing TPS (Temporary Protection Status) last year.  Nearly 60,000 Haitians and more than 5,300 Nicaraguans living in the U.S. for decades were told last year their time was up, and for Salvadorans living in the U.S., as many as 200,000 are on the list.

Even though deportation is not likely to be immediate– and perhaps because it won’t be– tens of thousands of families with children born in the US and who are therefore American citizens will only end up being here even longer before being booted out.

When Acting DHS Secretary Elaine Duke announced that she was terminating Haitian TPS on November 20, 2017, the response was immediate.  An article written by Ilana Novick / AlterNet  the very next day asked, “Is Trump going to deport 59,000 Haitians who fled a humanitarian crisis?”  The administration’s response was, ‘you betcha!’

Duke delayed the actual effective date of her decision by 18 months, so in the helter-skelter world of Trump immigration decisions no one really knew– or knows, for that matter– what this administration’s enforcement priorities will be.  Cooler heads may actually prevail and the Haitians may never go through removal proceedings.

But they will be still be ‘deportable.’  And because Temporary Protected Status is a matter of federal rule and regulation, affected people are not able to go to court to force their TPS status to be changed.  (“There is no judicial review of any determination of the Attorney General with respect to the designation, or termination or extension of a designation, of a foreign state under this subsection.”

A foreign state like Haiti or El Salvador may be designated TPS if:

We will know today, January 8, if the Department of Homeland Security intends to rule on the El Salvadoran TPS today or to push back the date.  Given Trump’s hard-line stance on immigration, though, a ruling is expected today.

TPS for Guinea, Liberia, and Sierra Leone expired in May 2017, but some Liberians were granted relief under something called Deferred Enforced Departure (DED).

Ending TPS status for people forced to come to the US by forces and circumstances beyond their control is particularly problematic when their children are born in the U.S., or when they themselves have married U.S. citizens.  Unfortunately, the humanitarian nature of the federal statute does not govern, creating a moral conflict within the statutory provision itself.  Any such conflict, though, under this administration, will probably not be resolved in favor of the people involved. 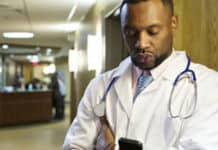 TSF COMMENTARY: More Time Leading Than Grandstanding Could Have Contained This Virus 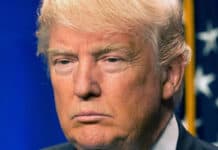 Graham’s Mind Already Made Up: ‘Not Trying to Pretend to be...