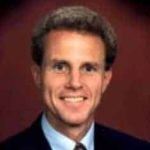 February is known for cold weather, presidents’ birthdays and Cupid’s delight. As Valentine’s Day approaches, hearts flutter, lovers sigh and Charlie Brown hopes that little red-haired girl will like the card he’s been gathering up the courage to give her.

Love, sex and amorous relationships have dominated the news over the past year. Not every culture is as comfortable as ours with public displays of affection. In one Malaysian state, laws ban total darkness in movie theaters “to prevent immoral acts like kissing, cuddling and other activities,” as one official explained it. Public kissing there usually rates a $70 fine.

In Venezuela, extended public kissing and embracing can get you arrested. “If you kiss for more than five seconds, the police will grab you,” complained one young woman whose friends were jailed. “It’s ridiculous,” groused a 24-year-old man. “Whoever invented this law must not have a girlfriend.”

Defining immoral kisses can be difficult admitted one policeman, but “when you see it, you should know it.” (Has he been reading U.S. Supreme Court decisions?)

Kids on Love, Dating and Marriage

Kids often have unique insights into adults’ urge to merge. A friend passed along from the Internet children’s answers to questions about love. What do people do on a date? Lynnette (age 8): “Dates are for having fun, and people should use them to get to know each other. Even boys have something to say if you listen long enough.”

Martin (age 10) sees the bottom line: “On the first date, they just tell each other lies, and that usually gets them interested enough to go for a second date.”

When is it OK to kiss someone? Pam (7): “When they’re rich!” Curt (7): “The law says you have to be eighteen, so I wouldn’t want to mess with that.” Howard (8): “The rule goes like this: If you kiss someone, then you should marry them and have kids with them….It’s the right thing to do.”

How does one decide whom to marry? Allan (10): “You got to find somebody who likes the same stuff. Like if you like sports, she should like it that you like sports, and she should keep the chips and dips coming.” Allan may find it prudent to slightly revise that theory in a few years.

Do You Love Me?

This season pundits ponder, “What is genuine love?” Popular speaker Josh McDowell delineates three kinds of love that can inform kids’ (and adults’) attitudes: love if, love because of, and love period. Love if and because of are based on personality or performance: “I love you if you go out with me, if you have a good sense of humor, if you sleep with me. I love you because you’re attractive, intelligent or athletic.”

But the best kind of love says, “I love you period: even with your weaknesses, even if you change, even if someone better looking comes along. Even if you have zoo-breath in the morning. I want to give myself to you.” 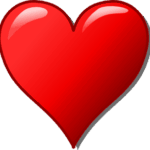 Paul, an early Christian writer, eloquently described this unconditional love: “Love is patient and kind. Love is not jealous or boastful or proud or rude. It does not demand its own way. It is not irritable, and it keeps no record of being wronged. …Love never gives up, never loses faith, is always hopeful, and endures through every circumstance. … [Love] will last forever….”

Committed unconditional love could probably heal many romantic rifts. Solid spiritual roots that help produce it can help undergird stable relationships. And the children have noticed that families and adult relationships can use some strengthening.

How can a stranger tell if two people are married? Derrick (8): By “whether they seem to be yelling at the same kids.” And how would the world be different if people didn’t get married? Kelvin (8): “There sure would be a lot of kids to explain, wouldn’t there?”

Rusty Wright is an author and lecturer who has spoken on six continents. He holds Bachelor of Science (psychology) and Master of Theology degrees from Duke and Oxford universities, respectively. www.RustyWright.com