Democrats have been trying for a very long time to push Florida permanently into the modern age. The state has what is probably the harshest criminal disenfranchisement policy in the nation.

Florida’s disenfranchisement of ex-offenders tracks back to 1845—the Jim Crow days– when Florida’s General Assembly passed a law that said: “no person who shall hereafter be convicted of bribery, perjury, or other infamous crime, shall be entitled to the right of suffrage.”  It was designed to keep newly freed slaves from voting, and the idea behind that law has been used throughout the state’s history to limit the voting power of ethnic and racial minorities who are disproportionately arrested and convicted of felony crimes. Presently there are approximately 1.7 million people in the state who cannot vote because they are effectively permanently disenfranchised.

In a long-awaited judicial intervention, U.S. District Judge Mark Walker has ruled that Florida has been violating the constitutional rights of convicted felons for a long time– by revoking their “fundamental right” to vote and forcing them to accept the overbearing policies of the state’s nefarious Executive Clemency Board. ‘ 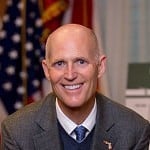 That Board is virtually the alter-ego of Gov. Rick Scott because it operates under his complete and total authority. Under the state constitution the governor has absolute veto authority over any decision the board makes. And there is no process of appeal. Not that the board would ever make a decision contrary to his express wishes, though.

Critics have long complained that under Gov. Rick Scott, there is no due process, no legislative oversight, and no judicial review of anything the Clemency Board does. The process is for the most part confidential, making a laughing stock of the notion of transparency often suggested to be the underlying meaning of Florida’s motto, The Sunshine State.

By law, Gov. Scott has to recommend all clemency applications— which is the joke that begins the process. At least two of the three Cabinet members has to approve.

But as NPR’s Marisa Penaloza reported in 2012, “It’s largely the governor who decides, on the spot, the fate of each ex-con. And for many, the outcome isn’t good — especially for those applicants who didn’t show up. Most often, they are summarily denied the moment their names are read aloud.”

Judge Walker pointed to the lack of oversight as problematic.

“No standards guide the panel. Its members alone must be satisfied that these citizens deserve restoration … Partisan officials have extraordinary authority to grant or withhold the right to vote from hundreds of thousands of people without any constraints, guidelines or standards,” Walker wrote in his decision. “The question now is whether such a system passes constitutional muster.” It does not, he ruled.

The ugliness of state-perpetrated discrimination has been finally exposed and the GOP’s grip on the number of people allowed to vote could signal a new day in Florida.  Within weeks of being voted into office, Attorney General Pamela Bondi decided that the policy of automatically restoring the rights of non-violent ex-felons was too liberal.  With perhaps tens of thousands of ex-felons waiting only for the sign-off on their rights restoration, Bondi pulled the plug on the process, and invoked a new rule requiring a 5 to 7 year waiting period after release before restoration of rights could even be considered.

The impact was immediate.  It was widely believed Bondi’s policies were less about protecting the public and more about protecting the Republican party from a flood of potential Democratic votes.  Nearly two million votes are at stake.  Twenty-five percent of voting-age blacks are unable to vote.  Giving the right to vote back to 1.7 million voters will have without a doubt a decided impact on the next-in-line election.  And a lot of those voters won’t be happy with the way they’ve been treated by this Republican administration.

When then-Vice President Al Gore lost the 2000 presidential election, it was Florida that put Republican George W. Bush in office– by a mere 537 votes.  And just last year, if there was no Scott-Bondi ban on ex-felon voting, it’s likely that Trump would have lost his presidential bid. He carried Florida with fewer than 50 percent of the vote, and beat opponent Hillary Clinton by a margin of 49 percent to 47.8 percent. Walker’s decision puts an end—at least temporarily—to Florida’s ugly history of mass disenfranchisement and never-ending delay.

Bondi’s 5 to 7 year waiting period before an application for restoration can be made is in actuality a waiting period that never comes to an end.  From the time the two were voted into office, Scott and Bondi have ensured that only about 450 people per year get through. Even if 500 people were restored to their civil rights in each of the 8 years both will be in office, the 4,000 people restored the right to vote would pale in comparison to the 150,000 whose rights were restored under former Gov. Charlie Crist.

What is at stake for the ex-felons is more than just the right to vote.  Restoration of rights means they can hold public office or serve on a jury, or become a lawyer or join the military– things the rest of us take for granted.

In the 1970s, Democratic Gov. Reubin Askew was determined to end permanent disenfranchisement in Florida. Askew was a progressive– he appointed the first black Supreme Court justice of a Southern state, appointed the first black member of the Cabinet since Reconstruction, and integrated the Florida Highway Patrol– and he pressed for a policy that would automatically restore ex-felons’ civil rights.

In 1975, Askew and the Cabinet established a rule that permitted automatic reinstatement after a person was released from prison or parole, with the exception of the right to own or possess firearms. It was said to “automatic,” but the Cabinet, sitting as the Executive Clemency Board still had to sign the release forms, which it did every month.  Even then the process was too slow. And in 1977, the state took a backward step.

The wording of the rules was changed to allow members of the Clemency Board more control over the “automatic” process.  Members now had the right to object to restoring a particular individual’s rights.  Still, the majority of non-violent ex-felons had hope that after having served the time required by law, their debt to society would be marked ‘paid-in-full,’ and their civil rights would be restored.

In the early 1990s, however, with people complaining about prison over-crowding and early release of dangerous prisoners, Gov. Lawton Chiles tightened the rules, making it harder for ex-felons to regain their rights.

Gov. Jeb Bush tried to simplify the process, reducing the application from 12 pages down to one, but hearings were still required, so the numbers of ex-felons unable to vote kept climbing.   Florida families still impacted by the process continued to ramp up the complaints.

In 2007, Gov. Charlie Crist and the Cabinet streamlined the process. Under his leadership, the Askew process was partially re-instituted and ex-offenders convicted of less serious offenses regained their rights without having to have a formal hearing. Ex-felons who had been convicted of more serious crimes like murder and rape stayed subject to a hearing after thorough investigation before their rights could be restored.  A backlog of applications filed by these ex-offenders began piling up as a result, and by the time Crist left office a backlog of about 100,000 cases remained. Still, under Crist, more than 150,000 ex-offenders had their rights restored.

That process changed drastically under Gov. Rick Scott, and all the progress that had been made was gone in a heartbeat.

Before Judge Walker got the case, Florida voters had begun their own push back against the state’s draconian restoration-of-rights system thanks largely to the efforts of Floridians for a Fair Democracy.  Notwithstanding the daunting task of gathering the 766,000 or so signatures needed to get a newly proposed constitutional amendment put on the state ballot, Floridians went to work collecting signatures– and Florida voters stepped up.

Floridians overshot its goal by about 33,000, ending up with a total of more than 799,000 certified petition signatures. As a result, the proposed constitutional amendment is headed to the ballot box in November of this year, and voters will get a chance to decide whether citizens of this state who make bad decisions will get a second chance.

So whatever else happens in court with this matter, the permanent disenfranchisement of almost 2 million Floridians is expected to come to an end.

Desmond Meade, chairman of Floridians for a Fair Democracy, heralded the efforts of the voters who signed the petitions to put the measure on the ballot. “Voters took matters in their own hands,” Meade told the Associated Press, “to ensure that their fellow Floridians, family members, and friends who’ve made past mistakes, served their time and paid their debts to society are given a second chance and the opportunity to earn back their ability to vote.”

Make no mistake about it though, Gov. Scott prefers things to remain the way they are. He will continue to spend taxpayer’s money fighting in favor of continued disenfranchisement of ex-offenders. Scott’s spokesman, John Tupps, released a statement night defending the status quo. He pointed out that the clemency board is authorized by the state constitution and suggested that because it has been in place for a long time it must be okay.

“Gov. Scott believes that convicted felons should show that they can lead a life free of crime and be accountable to their victims and our communities.”

Yeah. If only they weren’t required to take an additional 20 or 30 years to “show” it. 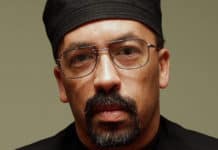 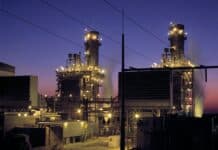 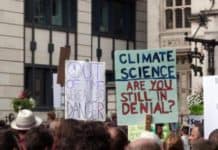 Noor Salman: To Tell or Not to Tell?