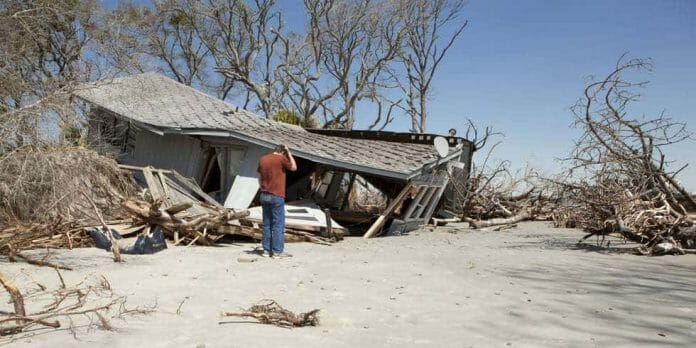 Months after Hurricane Irma made landfall, there’s still so much work left to be done. Neighborhoods in Southwest Florida are still dealing with the devastation the hurricane brought into their homes and lives.

Wink News says that a lot of homes remain unlivable. Water damage in the walls and mold all over the place wrapped homes away from families around the area. Melissa Gonzalez and her family had spent years saving for their first home. Unfortunately, days after they closed on the home, the hurricane hit the area. She says that a claim adjuster estimated their homes damaged to cost them $11,074. she knew that the amount of money she was offered when it be enough to cover all of the damage. She decided to hire a public adjuster, who told her that the damage to their home would cost $94,268. To put things in perspective, a 2,000 square foot home that experiences a one-inch flood of water could face about $20,920 in damages due to the water alone.

WINK news says Gonzalez filed a complaint back in January and received a new adjuster. However, she says nothing has been resolved. At this time, she is back to square one.

Joan Gordon, another Florida resident who was impacted by the hurricane, Was offered a claim amount by her insurance company, Tower Hill. she, like many other Florida residents, said the claim fell short of what she would have needed to fully pay to fix everything. She spoke with Wink News.

“I am just flabbergasted by the fact that you can pay your insurance premiums in good faith, something like this happens, and you feel you’re protected and then you’re just told that you’re not,” she said.

Gordon didn’t file a complaint but says she called an attorney instead. This month, she received the check in the mail that was worth enough money to help start fixing up her home.