Most people of color can point to at least one moment when they realize that popular culture in America distorts the reality of their history and existence.

The most memorable experience for me was when I was in the sixth-grade in my segregated public school in Virginia. One of our courses was Virginia history and the state had provided us with the required history textbook. Somewhere between the covers of that book was a picture of a group of smiling, dancing enslaved African Americans being observed by a small group of amused white people – presumably the owner and his family. The text explained that most slaves were happy with their condition and prospered under the kindly supervision of their masters.

Fortunately, my sixth-grade teacher was having none of it. He had us open our books to that page and told us that we were being fed lies so that white people could remain in power in the state. He explained that truths were being kept from us because knowledge is power. It is the power to improve your life.

There are so many lies in American popular culture, beginning with the moment we’re born – in the maternity ward. Several studies demonstrate that racism in America kills Black expectant mothers and their newborn babies, but popular culture tells us that they are receiving the best health care.

“Black non-Latina women with at least a college degree had higher SMM [Severe Maternal Morbidity] rates than women of other race/ethnicities who never graduated high school.”

The National Center for Biotechnology Information published a paper in 2016 that states:

“Racism and racial discrimination in the USA is thought to be a major driver of the differences between birth outcomes among different racial and ethnic groups, particularly between Black women and women of other races.”

While few popular media outlets have focused on this problem, Newsweek magazine published an article in 2016 that reported:

“The shameful secret is that even when controlling for age, socioeconomic status and education, the U.S. Centers for Disease Control and Prevention (CDC) reports that African-American women, … face a nearly four times higher risk of death from pregnancy complications than white women. In parts of the U.S. with high concentrations of women of color who live in poverty, such as Mississippi, maternal death rates can surpass those of sub-Saharan Africa.”

Despite a mountain of evidence to the contrary, particularly in the area of maternal health for Black women, the popular thinking is that U.S. health care is the best in the world.

In 2015, Time magazine, MSNBC, CBS, CNN and other news outlets reported that the nonprofit organization Save The Children, in its annual report, ranked the United States as 33rd among 179 nations in the world for quality of life for women and children. That ranking was based upon an overall score that took into account mothers’ and children’s health, educational, economic and political status. What these news outlets did not report is that the United States ranks 61st in maternal health, 42nd in children’s well-being and 89th when it comes to the political status of women.

The high infant and maternal mortality among Black women and babies is masked by the low numbers among more affluent Americans. For example, Save Our Children points to a 2011 study that revealed that infants in Washington D.C.’s Ward 8, where half of all children live in poverty, died at a rate more than 10 times higher than the death rate of infants born in Ward 3, the richest part of the city. The report also pointed to San Francisco, where an African American mother is six times as likely as a white mother to lose her baby before her child’s first birthday.

Because the United States performs well on economic and educational status in the Save Our Children study, the country is able to mask its abysmal performance when it comes to the health and well-being of expectant mothers and newborn babies.

Those who brag about America having the best health system in the world, like those before them who touted the benefits of chattel slavery, have no interest in the truth. They merely want to keep the truth from us, because knowledge is power. 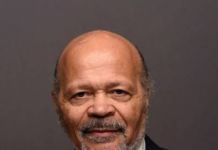 COMMENTARY: Writing Our Own History

COMMENTARY: This Race is Ours to Lose