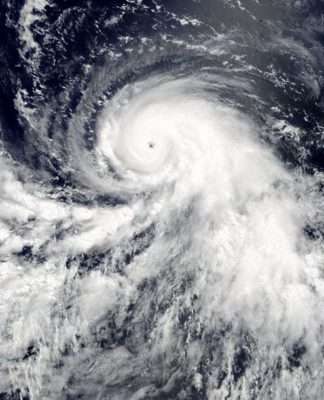 Florida is one of the fastest growing states in America, with 1,000 new residents arriving every day, and more than half of them coming from New York state. This trend is now accelerating, however, as thousands of Puerto Ricans arrive in Florida following Hurricane Maria. The devastating storm battered the island, causing widespread power outages and general mayhem.

According to NBC News, more than 135,000 Puerto Ricans have relocated to the American mainland since the hurricane, and the majority of them have gone to Florida. According to Stefan Rayer, the population director at the University of Florida’s Bureau of Economic and Business Research, estimates that approximately 50,000 to 75,000 Puerto Ricans may have permanently settled in Florida since the storm.

This impact is already being seriously felt in Florida schools, politics, and housing. For example, more than 11,700 Puerto Rican children have been registered in Florida’s public schools in the past few months. They are enrolling in numerous schools across Miami-Dade County, and as a result the county has hired 65 Puerto Rican instructional employees who were also displaced after Maria. Orange County in Central Florida has 89 new hires from the island as well.

To smooth the transition in local schools, a new program entitled “Welcome to Florida” has been instituted. Welcome to Florida offers free English classes and helps with the complicated logistics of establishing a new life on the mainland. This program is a project from the Koch-funded LIBRE Institute.

Welcome to Florida offers a variety of services, including English classes, resume building, and even mock interviews. These are all a part of an initial $100,000 effort in Orlando, Miami, and Tampa, where high numbers of displaced Puerto Ricans have arrived.

“The ability to speak English actually widens the spectrum of the information and viewpoints they receive,” said Mike Fernandez, a billionaire and Florida Republican.

This program will help so many families finding refuge in Florida that are still struggling, even after leaving the devastation that still remains on the island.

These families include ones like Ivan Nieves’s, who said, “I’m staying because I’m looking to grow. In Puerto Rico, we went backward after the hurricane.”