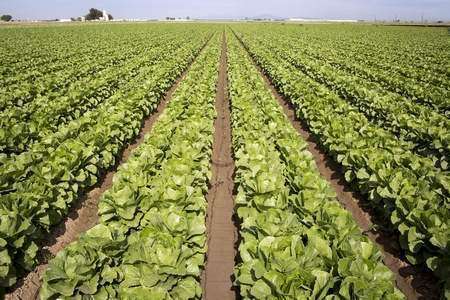 The Centers for Disease Control (CDC) is asking consumers to throw away any romaine lettuce they may have at home and to not buy any romaine anywhere in the country.  At least 31 people have been hospitalized with E.coli bacterial infections traced to romaine lettuce, including five who developed a type of potentially life-threatening kidney failure known as hemolytic uremic syndrome.

E. coli infections reported by the New Jersey Department of Health in late March caused Public Health officials to begin investigating the extent and likely source(s). Then, all the way, on the other side of the country, inmates at a state correctional facility in Alaska began falling ill.  Health officials in Alaska interviewed those ill inmates to ask about the foods they ate and other things they may have been exposed to before becoming sick.  The one thing they all had in common:  romaine lettuce.  Traceback investigations showed that the lettuce in question came from whole heads of romaine lettuce from the Yuma, Arizona growing area.
Using its PulseNet system to identify illnesses, the CDC concluded that the illnesses were part of a possible outbreak.  By April 9, 2018, 17 people infected with the outbreak strain of E. coli had been reported from 7 states.  Today that number has climbed to possibly 60 infected, with 16 states on the list:

Florida has had no reported cases. No deaths have been reported anywhere.  The source or sources of the E.coli infection has not been identified.  But whole heads of romaine are not the only items being targeted.  Public health officials are telling consumers to avoid all types of romaine lettuce.

If you have romaine lettuce at home get rid of it.  If you have bags of chopped salad in your fridge and you cannot tell romaine from the other types present, throw the salad away.

Do not buy or eat romaine lettuce at a grocery store or restaurant unless you can confirm it is not from the Yuma, Arizona, growing region.

The CDC advises consumers that if you don’t know exactly where it was grown (for example, bought it from a neighborhood community garden), no matter where you are in the United States,  you should not eat it and should throw it away.  If you do not know whether the lettuce in your house is romaine or not, do not eat it and throw it away.

The CDC says their investigation is ongoing.  It will provide updates as more information becomes available.