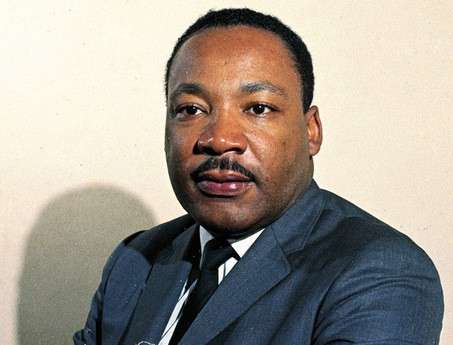 LOS ANGELES (April 4, 2018) On the 50th anniversary of the assassination of Dr. Martin Luther King, Jr., AIDS Healthcare Foundation (AHF), the largest global AIDS organization, honors and celebrates the life and legacy of the iconic, inspirational slain civil rights leader by standing in solidarity with those carrying on his legacy with the ongoing fight for civil rights and social justice both across the country and around the world.

Earlier this year, AHF celebrated the memory of Dr. King and his accomplishments by dedicating its 2018 Rose Parade® float entry as a tribute to Dr. King. The float, which took months to craft (see time-lapse MLK float construction video here), featured a recreation of the Edmund Pettus Bridge, which King and other icons of the civil rights movement marched across in 1965 in what became known as ‘Bloody Sunday,’ when armed policemen attacked civil rights demonstrators with billy clubs and tear gas. Rising at the back of the float was a rendering of ‘Stone of Hope’ granite statue of MLK on the National Mall in Washington. (see AHF MLK Rose Parade Flickr photo album here)

“AHF looks back in honor and forward in hope as the world marks the fiftieth anniversary of the passing of Dr. Martin Luther King, Jr. today,” said Michael Weinstein, President of AIDS Healthcare Foundation. “Dr. King was an icon and inspiration the world over. We honor and celebrate his legacy and stand in solidarity with those on the front lines who each day try to carry on the unfinished work in the battle for civil rights and social justice.”

More than 50 years ago, in less widely known remarks of his that have particular resonance on this anniversary, Dr. King himself wrote:

“We are now faced with the fact that tomorrow is today. We are confronted with the fierce urgency of now. In this unfolding conundrum of life and history, there ‘is’ such a thing as being too late. This is no time for apathy or complacency. This is a time for vigorous and positive action.”

Over the past few years, AHF, which has a strong presence in minority communities disproportionately impacted by HIV/AIDS, has spearheaded several ‘AIDS is a Civil Right Issue’ community forums, and last summer launched a nationwide #StandAgainstHate media, billboard and advocacy campaign to take on the hatred, racism and burgeoning white supremacy movement so brutally unmasked by the deadly protests in Charlottesville, Virginia and its aftermath.