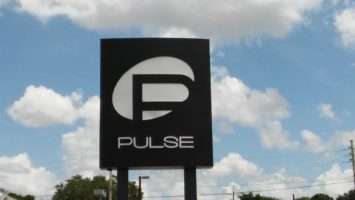 The Pulse nightclub shooting in Orlando, Florida, laid bare an issue first responders have been dealing with for decades: how responding to horrific incidents can lead to post-traumatic stress disorder. Though PTSD in first responders hasn’t been studied on a national level, smaller studies have found that anywhere from 6.5 percent to 37 percent of firefighters have PTSD symptoms. PTSD can lead to suicides, too. According to one survey, one in 15 paramedics had attempted suicide, a rate that’s more than 10 times higher than the general population.

On June 6, nearly two years since the Pulse tragedy, 90.7 WMFE, ProPublica and the Orlando Public Library are hosting an event examining the impact of PTSD in the community. The event, held at the library’s Dorothy Lumley Melrose Center, will dive into the way PTSD affects first responders and their families, as well as how the city’s police and fire departments handle the disorder in their ranks and whether Florida’s new bill providing disability benefits for impacted first responders goes far enough to remedy the immense needs.

You’ll have a chance to listen to first-person stories from first responders and their families, in an immersive audio-visual experience based on interviews with WMFE health reporter Abe Aboraya. The interactive portion of the event will be followed by a conversation with first responders and public officials on how to better address this issue. Speakers will include Florida Rep. Carlos Guillermo Smith; Florida Sen. Victor Torres; Michael Saxe, the head of Fraternal Order of Police Lodge 145; and Geoff Bichler, a workers’ compensation attorney in Orlando specializing in representing first responders.

First responders who are interested in sharing their stories are also invited to register for interview recording sessions. You can sign up to be interviewed by a reporter from WMFE or ProPublica — or record a conversation about your experiences with a friend, colleague or family member. The interviews will be used toward WMFE’s ongoing reporting on PTSD in first responders. You can schedule an interview time here.

As a member of the ProPublica Local Reporting Network — an initiative funding investigative journalism at seven local news organizations — Orlando’s 90.7 WMFE is exploring this multi-faceted problem, with editorial support from ProPublica.

Light refreshments will be provided.

For more information, contact Jenny Babcock at jbabcock@wmfe.org or Cynthia Gordy at cynthia.gordy@propublica.org.

You can always share your stories with the WMFE/ProPublica reporting team by filling out our questionnaire. We want to hear from first responders and their loved ones to better understand their experiences and the scope of PTSD in the community. Every story we hear makes our reporting stronger.