When asked why he was not standing for the national anthem, Kaepernick replied: “I am not going to stand up to show pride in a flag for a country that oppresses black people, and people of colour. . . . To me, this is bigger than football, and it would be selfish on my part to look the other way. There are bodies in the street, and people getting paid leave, and getting away with murder.”

Sociology Toolbox reports that according to data collected by the Washington Post on the use of lethal force by police officers in 2015, 2016, and 2017, relative to their percentage of the population, “Blacks are over-represented among all those killed by police under all circumstances.”

The US Census of 2015 reveals that although Blacks made up only 13% of the population they accounted for 26% of those killed by police. In 2016 they were 24% of those killed and in 2017, possibly because of all the attention caused by Kaepernick’s protest, the number dropped to 22% of all those killed by police. The statistics, however, bear out what Blacks have been saying for generations: they are the targeted victims of lethal force by police at nearly twice their presence in the general population.

Critics argue that Blacks commit more crimes per their percentage in the population, so they encounter police more often than other groups. Whether that charge is true or not it does not explain the rate at which police shoot and kill unarmed blacks. Society Toolbox notes that “[a]s of April 2, 2018, [the] 28 Blacks that were killed by police this year had no gun. That’s 48% of the Blacks killed by police [this year].”

Kaepernick’s frustration was with a general racial prejudice in the nation that worked to ensure that police were either not prosecuted for those offenses or not punished if they were. The fact that he later chose the playing of the national anthem as the time to demonstrate his frustration was secondary to the problem he sought to bring into focus.

“To me, this is bigger than football, and it would be selfish on my part to look the other way,” Kaepernick told NFL Media when questioned about his protest. “There are bodies in the street and people getting paid leave and getting away with murder.”

A few other players joined his protest, but there was no huge outpouring of support among other players the rest of 2016. People, in general, didn’t seem to see the urgency in protesting police brutality toward blacks. Perhaps because it has gone on for

Then President Trump got involved. At a rally in Alabama, Trump ranted, unprovoked, about football players who took the knee during the national anthem, saying:

“Wouldn’t you love to see one of these NFL owners, when somebody disrespects our flag, to say, ‘Get that son of a b**** off the field right now, out, he’s fired. He’s fired’ . . . You know, some owner is going to do that. He’s going to say, ‘That guy that disrespects our flag, he’s fired.’ And that owner, they don’t know it [but] they’ll be the most popular person in this country.”

In a heartbeat, Trump pushed half the nation into the mindset that the protest to be about disrespecting the flag. He made it “acceptable” for his still very large fan base to ignore the real issue—police killing of unarmed black Americans—and polarized the nation around whether or not Kaepernick (or anyone else) had a right to protest anything during the playing of the national anthem.

Trump miscalculated the negative blowback his involvement would cause. His rant resulted in a wave of players joining in on the protest—morphing it into a protest of resistance against Donald Trump and his meddling in football affairs. Patriots quarterback Tom Brady, who had previously referred to the president as a friend, called Trump’s comments “divisive,” and locked arms with his teammates during the very next game.

Owners and coaches also agreed that Trump’s comments were inappropriate. A number of them began locking arms and kneeling with the players as the protest against police killing of unarmed blacks suddenly became a debate about free speech, right to protest, and what is and is not unpatriotic behavior.

Trump and the White House have repeatedly attempted to change the protest narrative by rebranding it as a protest of the American flag instead of racism and police brutality in the U.S. Trump says the protest “has nothing to do with race.”

But the systemic and historical abuse of Blacks by persons in positions of power in America has everything to do with race. Blacks appreciate and fully embrace the values expressed by American ideals. Dr. Martin Luther King Jr spoke extensively about them in his famous “I Have a Dream” speech. Rather than condemn those values, Dr. King exalted them and criticized the failure of the nation to live out those values.

The flag stands, among other things, for due process and equal protection under the law. The hypocrisy demonstrated by persons in the law enforcement and judicial systems is what the protest started by Kaepernick was all about.

The best of all worlds for blacks is an America where the integrity of the flag and the ideals bragged about by the political elite are made real. Blacks know that it is not the flag that oppresses them. It is those who hypocritically wave the flag while shooting unarmed men and women in the streets.

“Ain’t no Viet Cong ever called me ‘nigger’,” Muhammad Ali said back in the early ’70s, when he refused to be drafted into the armed services.  Ali pointed out the American hypocrisy that demanded he go fight for the flag whose rights, benefits and privileges he was systematically denied as a black, second-class citizen.  Kaepernick is not the first black athlete to use his position in sports to bring the unfair treatment of African Americans to light.

NFL owners unanimously approved and announced their new national anthem policy requiring players to stand if they are on the field during the performance of the song. Under the new policy, players don’t have to come out on the field until after the anthem has finished playing. But it they are on the field and kneels or sits during the anthem, the team gets hit with a fine. The team will either pay the fine or turn and hit the player or players with the fine.

The idea of being punished for exercising one’s right to protest is offensive to the very idea of the First Amendment rights to free speech and peaceful assembly. As the ACLU website notes:

“ The right to join with fellow citizens in protest or peaceful assembly is critical to a functioning democracy and at the core of the First Amendment.”

Will the new policy have an impact? It’s much too early to tell. The economic disincentive of a fine could keep players in the locker rooms and if that happens it will kill the protest. But as long as the killing of unarmed black Americans continues, the protests should continue.

Should it appear that the end of the protest might come as a result of the national anthem, maybe a player or two will decide to kneel before the anthem is played. That way, the new policy would not apply. It is far more important for the long-term collective health of this country that the killing of unarmed black Americans be kept before the eyes of the American public and not tucked away in the locker room. If something like that were to happen, the fine could actually backfire.

Someone has to stay on the field to raise the ‘real’ American flag and demand that the nation lives up to it. 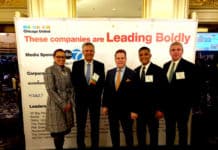