“I need somebody to come through here please, ASAP. Now. There’s about eight people in a van, and they’ve been in the store for about an hour. They keep going back and forth to the bathrooms by my back door.”

That’s it.  That’s the 911 call—obtained by WSB-TV Channel 2 Action News—from a Subway employee complaining about a black family of 6.

The family had stopped at the Subway in Coweta County, Georgia, on their trip back from South Georgia to their home state of North Carolina. The employee conveniently didn’t mention that the store only had one bathroom with one stall– which might have explained why family members ‘kept going back and forth.’

Police showed up, listened to the employee’s explanation for her call, then apologized to the Dobson family for the ridiculous call to 911.

Subway apologized, the employee was placed on administrative leave, and the family issued a prepared statement about their brief ordeal.

It can be dangerous to make a call to law enforcement  with blatantly false information for people of color. The employee’s voice was quivering as she described my family as non-customers, more women than men, and hanging around a back door eventually describing us as being suspicious and possibly going to rob her to an officer. This call came after we purchased several footlong subs and one addition while she took a smoke break outside of the store.  We have no words for her action.  Our kids were stunned to see their parents speaking with an officer following what they thought was a normal dinner followed by using a single stall bathroom one at a time.  Our hope is that this one day stops happening to people in this country.  Discrimination is never ok.  We pray that love will prevail.

Kudos to the officer who showed up.  If the wrong cop had shown up, somebody might have ended up in jail– or dead– over absolutely nothing. 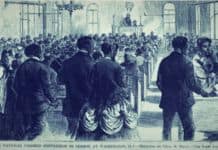 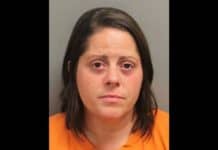 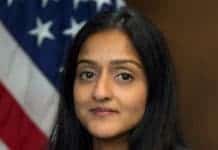