Anthony Haynes, one of the three Toledo area pastors charged with child sex trafficking has asked the court to move his trial to Cleveland.  In the motion he filed with the U.S. District Court, Haynes said he could not receive a fair trial in Toledo because of media attention the case has received since April 2017.

He and Rev. Cordell Jenkins, founder and pastor of Abundant Life Ministries were arrested on identical charges in April of last year.   Jenkins’ wife, former Lucas County Administrator Laura Lloyd-Jenkins, was indicted later in the year on charges of obstructing the investigation and making a false statement to federal investigators.

A third area pastor, Kenneth Butler, also charged with sex trafficking of children pled guilty on May 14 to conspiracy, obstruction and two counts of sex-trafficking.  He is scheduled to be sentenced Sept. 12 to more than 17 years in prison.

Prosecutors are expected to oppose the motion and will file a response within the next two weeks. 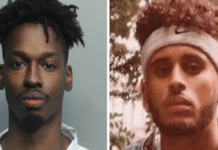 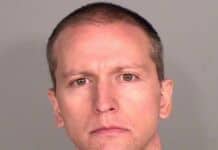 Body of missing rapper found in trunk of friend’s car after...

Child dies after 325-pound adult sits on her as punishment

Brett resigns from role with LTA