Actor, comedian and philanthropist Bill Cosby was sentenced Tuesday to three to 10 years in state prison after being found guilty in April of drugging and sexually assaulting Andrea Constand.  Constand, a former Temple University women’s basketball administrator, accused Cosby of assaulting her in his Pennsylvania home in 2004.

“The court must consider the protection of the public and the gravity of the offense and the rehabilitation of the defendant,” Judge Steven O’Neill told the packed courtroom. “Thirty-four months this has gone on. Your time has come,” he told Cosby.

Cosby, known internationally for his role as Dr. Cliff Huxtable on “The Cosby Show,” had been accused of sexual misconduct by dozens of women. He was only charged in Constand’s case. His conviction and sentencing is but a precursor to the prosecution of a number of other high-profile cases headed for trial in the weeks and months ahead. It will be interesting to see if the other defendants, the majority of whom are white, receive similar treatment by the courts.

Cosby has steadfastly maintained that all the allegations of sexual assault are untrue.

Former model Janice Dickinson, who has repeatedly accused Cosby of having sexually assaulted her decades ago, began laughing derisively after O’Neill passed sentence until asked by a deputy sheriff to stop.

Cosby’s lawyers argued that given his age and health, he should be allowed to serve his time on house arrest. Prosecutors vehemently objected, saying:

“To say he is too old to [go to prison], that he should get a pass because it has taken this long to catch up for what he has done … what they are asking for is a get out of jail free card,” prosecutor Kevin Steele said. “Nobody is above the law. Nobody.”

In truth, however, a sentence of house arrest, and more specifically home incarceration, is hardly a “pass.” When an individual is required to remain in the home at all times, not being allowed to leave exceppt to seek medical treatment or court-ordered counseling, the accommodations certainly change, but personal freedom is severely restricted. House arrest is often used for people with serious to terminal illnesses who pose minimal risks to the community and whose age and state of health suggest that death could come before the person sentence ends.

Constand spoke briefly during the sentencing hearing on Monday, but submitted a much lengthier victim impact statement to the court. That statement can be viewed here. 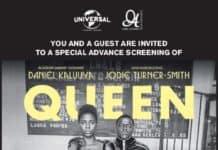 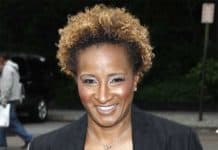 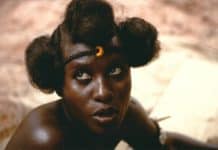