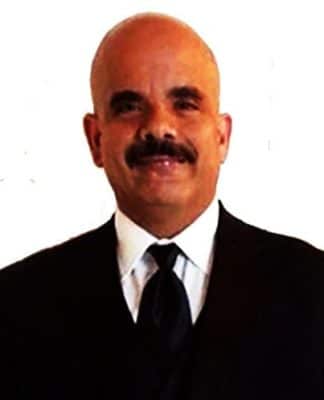 by Lauren Victoria Burke, NNPA Newswire Contributor  |  In 2013, then Biscayne Park Police Chief Raimundo Atesiano informed community leaders of the Biscayne Park Police Department’s perfect clearance record for solving crimes: It was 100 percent. According to Atesiano, his police department near Miami was perfect at solving burglaries.

On September 21st, it was revealed in a plea agreement that the former chief directed his officers to frame unsolved cases on three Black men. A federal court hearing confirmed that former Chief Atesiano directed three police officers on his department to accuse a series of crimes on three innocent men, all of them Black.

In August, Biscayne Park Police Officers Charlie Dayoub, 38, and Raul Fernandez, 62, pleaded guilty to falsifying the arrest affidavits for a 16-year-old black suspect in four break-ins from June 2013. A second false arrest was made on a man named Clarence Desrouleaux. Desrouleaux, 35, was deported to Haiti as the result of being framed and sentenced to five years. A third man, Erasmus Banmah, 31, was falsely accused of burglary.

Former Chief Atesiano, 52, pled guilty to conspiracy for the framings. The conspiracy convictions carry up to 10 years in prison. Atesiano resigned from the Biscayne Park Police Department in 2014. The details of the Atesiano framings of three Black men were detailed in a statement released on September 14 by the Department of Justice.

“According to documents filed in connection with the plea entered today, Atesiano was acting under color of law as chief of police when on three separate occasions he ordered officers under his command to falsely arrest and charge individuals with unsolved burglaries. In court filings related to the plea, Atesiano admitted that on one occasion he instructed an officer to falsely arrest and charge an individual for several vehicle burglaries based upon what Atesiano knew were false confessions. According to the documents, Atesiano intentionally encouraged officers to arrest individuals without a legal basis in order to have arrests effectuated for all reported burglaries, which created a fictitious 100% clearance rate for that category of crime,” said U.S. Attorney Benjamin Greenberg said in a written statement on the Atesiano prosecution.

“The right to be free from false arrests is fundamental to our Constitution and system of justice,” said Acting Assistant Attorney General John Gore.

“Law enforcement officers who abuse their authority and deny any individual this right will be held accountable. As the Chief of Police, Defendant Atesiano was trusted by his community to lead their police officers by example; he has failed his community and the officers of Biscayne Park,” Gore added.

“It is a deliberate injustice to intentionally charge and arrest an innocent man. Police Chief Raimundo Atesiano’s actions were intended to give his community a false sense of security and were a betrayal of his oath to protect the residents of Biscayne Park and all the people of Miami-Dade County,” commented State Attorney Katherine Fernandez Rundle. “I applaud the combined efforts of our law enforcement partnership to end this calculated abuse of power.”

Lauren Victoria Burke is an independent journalist and writer for NNPA as well as a political analyst and communications strategist. She may be contacted at LBurke007@gmail.com and on twitter at @LVBurke

Lauren Burke
Lauren Victoria Burke is a speaker, writer and political analyst. She appears on “NewsOne Now” with Roland Martin every Monday. Lauren is also a frequent contributor to the NNPA Newswire and BlackPressUSA.com. Connect with Lauren by email at LBurke007@gmail.com and on Twitter at @LVBurke.

Central Florida Officials Warn Against the Dangers of Illegal Dentists