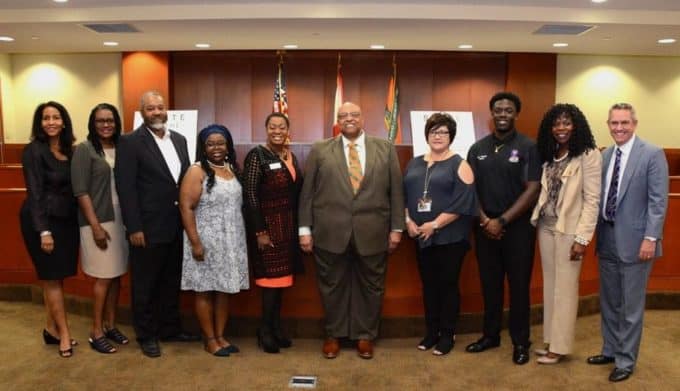 ORLANDO, Fla- In the first “State of the Florida A&M University (FAMU) College of Law Address” Interim Dean LeRoy Pernell described a vibrant College of Law with a bright future in downtown Orlando. Pernell addressed a courtroom of more than 100 community partners, faculty, staff and students. 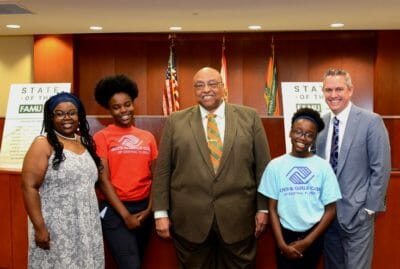 According to Pernell, Student enrollment stands strong at 528 students. The student body is 70 percent students of color, who represent a broad spectrum of ethnicities. PreLaw Magazine ranked FAMU College of Law as one of the Top 5 Best Schools for African Americans.

Our graduates are moving on to successful careers in the legal field nationwide and locally. Here in Central Florida the three following graduates have been elected to judgeship positions: Judge Kelly McCormack Ingram of Brevard County, Judge elect-Amy Carter of Orange County and Judge-elect Gabrielle Sanders of Osceola County.

Pernell also underscored that the College of Law is investing in children. He announced two new partnerships with the Levy-Hughes Boys and Girls Club and the Academic Center for Excellence (ACE) School, which are both located nearby in the Parramore community.

“We are pleased to announce that we have officially partnered to provide programming, mentoring, job shadowing, field trips to the College of Law, and other educational opportunities for the youngsters at the Levy-Hughes Boys and Girls Club,” said Dean Pernell. “In addition, our law students will train and coach the debate team at the ACE School, our faculty will serve as a resource for the civics classes, and will assist with leadership initiatives and college readiness.”

Other highlights from Dean Pernell’s “State of the College of Law Address” include impactful rankings and additions to the student body that exemplify its diversity: