“I’m signing it for 11-year-old Marcelas Owens, who’s also here.  Marcelas lost his mom to an illness.  And she didn’t have insurance and couldn’t afford the care that she needed.  So in her memory he has told her story across America so that no other children have to go through what his family has experienced … We are a nation that faces its challenges and accepts its responsibilities.  We are a nation that does what is hard.  What is necessary.  What is right.  Here, in this country, we shape our own destiny.  That is what we do.  That is who we are.  That is what makes us the United States of America.” President Barack Obama, March 23, 2010, on signing the Affordable Care Act

The Affordable Care Act of 2010, also known as “Obamacare,” is one of the most consequential acts of Congress in the 21st Century, especially for African Americans. The ACA slashed the Black uninsured rate by 40%. According to the National Urban League’s annual report on the social and economic status of African Americans, State of Black America, racial health disparities began to narrow as a result of the law.

The U.S. House of Representatives has voted to repeal the ACA more than 50 times since 2011, only to have the repeal blocked by the Senate.  While the Administration may have succeeded in chipping away at the law through executive action, the Democratic takeover of the House at least will put an end to attempts at full repeal.

The 2018 midterm campaign season saw candidates across the political spectrum campaigning on promises to retain the ACA’s provisions barring insurers from denying coverage to people with preexisting conditions or charging sick people more. Even candidates who previously voted to repeal the ACA adopted the rhetoric.

Voters in Idaho, Nebraska and Utah even passed ballot initiatives that will expand Medicaid to more than 330,000 low-income adults, an option made possible by the Affordable Care Act.

Recent polling and the results of the election make it clear: the vast majority of Americans support the ACA and rely on its protections.  And the incoming Congress has vowed to strengthen it.

To be sure, there is work to be done. The very first executive order issued by the current Administration was a vague directive to “to waive, defer, grant exemptions from, or delay the implementation of any provision or requirement of the Affordable Care Act” that imposes a cost, fee or “regulatory burden.”

Since then, the Administration and the Congress have taken dozens of steps to sabotage the law, the most significant being the repeal of the individual mandate requiring most Americans to carry health insurance. According to the Congressional Budget Office, the repeal is estimated to leave 13 million more Americans uninsured by 2027, and to cause premiums to spike 10%. A pending lawsuit by 20 states, with support from the Administration, challenges provisions of the Affordable Care Act, including the protections for people with pre-existing conditions.

Reversing this sabotage must be a top priority for the incoming Congress. The individual mandate, which is a key factor in keeping premiums affordable, must be restored. Prescription drug prices remain too high.

One of the Urban League Movement’s core goals is that every American has access to quality and affordable health care solutions. It’s why we fought so hard for the passage of the Affordable Care Act, and why we continue to fight so hard to protect it. A majority of the members of the 116th Congress, which convenes in January, have vowed to protect it, too, and we will hold them to that promise. 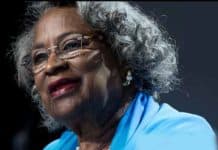 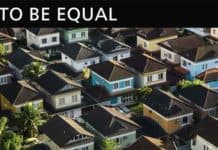 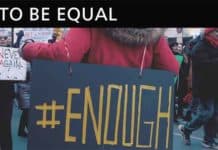 The Right Side of Charlottesville