Several members of the Brookwood High School Marching Band, (located in Snellville, Georgia) have the privilege of sporting instrument covers that spell out the name of their team, “Broncos.”   They thought it would be funny to rearrange the letters to spell a racial slur.

Three seniors and one other student who “went along at the last moment,” arranged the instrument covers to spell out the derogatory term “c–n,” aimed at black Americans.  Fans were shocked and school principal Bo Ford immediately sent letters to parents apologizing for the students’ stunt, calling it “hurtful, disrespectful and disappointing.”  He called the term “completely unacceptable,” and racist.

Surprisingly, none of the four students is white.  Two are African-American, one is Asian, and one is Hispanic.  Two others students gave false information to school authorities when questioned about the incident.  Ford said, they all “acknowledged that they knew this racist term was not acceptable.”  So why do it?

Maybe the answer lies in generations of “successful” black men and women publicly calling each other niggas, bitches and hoes, in songs and movies and on stage.

Penny Poole, president of the Gwinnett NAACP chapter said: “[F]or them to be so bold and brazen and unashamed is telling. They need to really know it won’t be tolerated.”

Might this be a case of closing the barn door after the horse has left the building?

Ford said the six students involved will be disciplined with punishments that fit their level of participation in the prank. 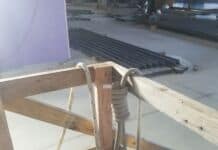 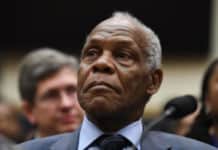