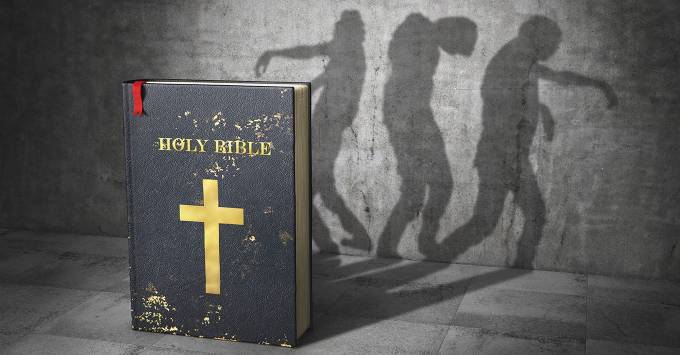 NNPA NEWSWIRE — ‘By the mid 19th Century, the majority of slaves had been introduced to Christianity, although most still could not read the Bible based on illiteracy and the fact that in several states in the Deep South, the White aristocracy discouraged Black persons from meeting in prayer. In 1832, the Rev. Charles Colcock Jones published the book “How To Make A Negro Christian,” a sort of guide to slave owners on how to introduce the precepts of Jesus while instilling abject servitude upon their property.

The little girl was guilty of nothing more than hunger. When she was denied sustenance, she made the fatal mistake of demonstrating insolence, and for that infraction, her punishment appeared inconceivable. But it happened.

The St. Louis Republican newspaper ran a article in the fall of 1844 recounting the flogging and heinous treatment that led to the death of an 8-year-old child:

“On Friday last, the coroner held an inquest at the house of Judge Dunica, a few miles south of the city, over the body of a Negro girl, about 8 years of age, belonging to Mr. Cordell. The body exhibited evidence of the most cruel whipping and beating we have ever heard of. The flesh on the back and limbs were beaten to a jelly—one shoulder-bone was laid bare—there were several cuts, apparently from a club, on the head—and around the neck was the indentation of a cord, by which it is supposed she had been confined to a tree.

A brutal fate for a child

“She had been hired by a man by the by the name of Tanner, residing in the neighborhood, and was sent home in this condition. After coming home, her constant request, until her breath, was for bread, by which it would seem that she had been starved as well as unmercifully whipped. The jury returned a verdict that she came to her death by the blows inflicted by some persons unknown whilst she was in the employ of Mr. Tanner. Mrs. Tanner (an eyewitness) has been tried and acquitted.”

Records reveal that a slave named Cornelia was charged with being an accomplice of Mrs. Tanner in the murder of the little girl. In admitting her participation, Cornelia said she was “compelled to take part” in the murder and said Mrs. Tanner ordered her to restrain the child while she tied the girl to a tree. She was held there for five days and they denied the girl any food or water. The child was whipped each day and forced to lie bloodied and convulsing throughout the night until she was eventually returned to her master and died from her injuries.

Many Christians would naturally wonder what would Jesus say about this form of brutality perpetrated against a child? Jesus was a great reformer, and he certainly identified with the poor and downtrodden and has urged his followers for two millennia to do the same. During the time when the Holy Land was occupied by foreign power, Jesus taught his countrymen how to maintain their dignity. For instance, when religious leaders were corrupt, he called them into account.

Why was Jesus silent about slavery?

But Jesus never spoke a single word against slavery. And although it would take roughly 2,000 years until most of the world would realize how immoral slavery is, Jesus knew then that slave-owners would use the Old Testament to justify the practice. Many people believe that one clear word from Jesus condemning slavery could have prevented the misery of millions of people. So why didn’t he speak out against it?

Slavery was brutal, and Jesus knew that full well. Because he never condemned the practice, people might hope that he thought of it in relatively benign forms that are sometimes found in the Old Testament. Not exactly. When Jesus spoke about the relationship between slaves and masters, he relied on the fact that violence and abuse against captives were the order of the day.

When Jesus conducted his ministry, it was widely believed that such outcomes would be the result of certain methods to, in other words, “scare people” into submission to God. Like the slave or servant, we would be physically harmed if we’re not good enough. There are several parables like this in the Gospels. Matthew 18:23-35 says we will be “jailed and tortured.” Matthew 25:14-30 says we will be “cast into the other darkness where there will be weeping and gnashing of teeth.” The Book of Matthew goes even further in chapter 24, verses 45-51 in that the disobedient servant/slave will be “cut in pieces.” These excerpts from Scripture may indicate how Jesus pictured masters treating their slaves.

When Jesus gave the Golden Rule (“love your neighbor as yourself”) or (do to others what you would have them do to you”), most people naturally believe he implied that slavery was wrong. In other words, if we should treat others as we want them to treat us, that means that we shouldn’t enslave them. While this is obvious in the 21st Century—and had even become clear to abolitionists in the 19th Century—this ideal was not obvious to large swaths of those who would abide by America being “founded as a Christian nation.”

Jesus did not invent the Golden Rule. Rather, he was quoting from verse 18 of the passage in Leviticus 19:11-18 where the same principle, “love your neighbor as yourself” effectively sums up the other commands in that passage. This is much like how Jesus said that the Golden Rule sums up the “law and the prophets” (Matthew 7:12 and Matthew 22:36-40). At that time, Jesus’ audience would have known that he was quoting from Leviticus, one of the Five Books of Moses (the Torah), which commanded Israel to “invade and enslave distant cities,” and, in particular, Exodus which said that slaves are merely property and may be severely beaten “for just shy of two days” when their behavior would merit such a response.

In the minds of Jesus’ audience, it would have been far from obvious that the Golden Rule outlawed slavery because the two concepts had coexisted in the Scriptures—presumably without contradiction—for centuries. At a minimum, modern civilization could say that if Jesus meant the Golden Rule as a command to abolish slavery, then millions of slaves in the next 2,000 years would have wished he had made his intent far more obvious.

‘How to Make A Negro Christian’

‘By the mid 19th Century, the majority of slaves had been introduced to Christianity, although most still could not read the Bible based on illiteracy and the fact that in several states in the Deep South, the White aristocracy discouraged Black persons from meeting in prayer. In 1832, the Rev. Charles Colcock Jones published the book “How To Make A Negro Christian,” a sort of guide to slave owners on how to introduce the precepts of Jesus while instilling abject servitude upon their property.

Jones was popularly referred to as the “Apostle of the Blacks.” In one passage from his book, he explained how the typical slave owner could use Scripture to hold sway over his captives:

“And having our plantation, the time and persons of our servants wholly under our control, we can arrange the manner and frequency of our instructions, as we please, and the period of these instructions with as much punctuality, and with as little interruption, as we can arrange the morning and evening devotions of our own fireside. Our very children might become, to some extent, teachers, by reading to them plain portions of the Bible, or plain tracts and things of such sort.”

Further, Jones elaborated on why teaching the Gospels to slaves would make them even more obedient and diligent in their daily chores: “Will the authority of the masters be weakened by instructions of this sort? No, it will be strengthened. And we believe that their authority can be strengthened and supported in this way only; for the duty of obedience will never be felt and performed to the extent that we desire it, unless we can bottom it on religious principle. Let them (slave masters) invest a little capital in the minds and hearts of their people (slaves), and it will prove to all concerned, a peace-giving and profitable investment for time and for eternity.”

A ‘double-edged sword’ for African Americans

Some slave owners, however, did not allow their slaves to attend church and ridiculed the notion of religion for slaves because they refused to believe that Black persons had souls. Others forbade their slaves to attend church because, according to John Brown, an ex-slave from Georgia: “White folks ‘fraid the nig*rs git to thinkin’ they was free, if they had churches ‘n things.”

The Christian faith occupies a complicated—and often radicalized—place in the history of African-Americans, namely because it was abused by White colonists and slave traders to subjugate generations of people.

Many scholars have since tried to explain the dichotomy between the brutality of slavery and the benevolence of the Gospels.

“Christianity was a double-edged sword [for African Americans],” said Dr. Lawrence H. Mamiya, co-author of the 1990 book “The Black Church in the African-American Experience.” He explained that long before colonialism and slavery, Africans were practicing Christianity. “On the one hand, Whites wanted to use Christianity to make slaves docile and obedient. On the other, the Africans adapted Christianity for their survival and liberation.”