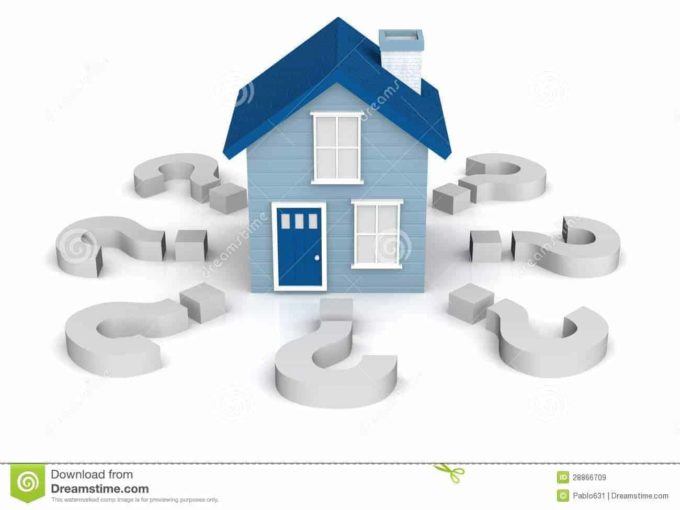 By reducing deductions for real estate taxes, Trump’s 2017 tax plan has harmed millions — and helped give corporations a $680 billion gift.

This story was co-published with Fortune.

In recent weeks, President Donald Trump has been talking about plans for, as he put it, a “very substantial tax cut for middle income folks who work so hard.” But before Congress embarks on a new tax measure, people should consider one of the largely unexamined effects of the last tax bill, which Trump promised would help the middle class: Would you believe it has inflicted a trillion dollars of damage on homeowners — many of them middle class — throughout the country?

That massive number is the reduction in home values caused by the 2017 tax law that capped federal deductions for state and local real estate and income taxes at $10,000 a year and also eliminated some mortgage interest deductions. The impact varies widely across different areas. Counties with high home prices and high real estate taxes and where homeowners have big mortgages are suffering the biggest hit, as you’d expect, given the larger value of the lost tax deductions. But as we’ll see, homeowners all over the country are feeling the effects.

Zandi’s numbers are broad — macro-math, as it were. Lamle (pronounced LAM-lee) is a master of micro-math. It was Lamle who first got me thinking about home value losses by sending me an economic model that he created to show the damage inflicted on high-end, high-bracket taxpayers in high-tax areas who paid seven digits or more for their homes.

Lamle starts with the premise that homebuyers have typically figured out how much house they can afford by calculating how much they can spend on a down payment and monthly mortgage payment, adjusting the latter by the amount they’d save via the tax deduction for mortgage interest and real estate taxes. His model figures out how much prices would have to drop for the same monthly payment to cover a given house now that this notional buyer can’t take advantage of the real estate tax deduction and might not be able to take full advantage of the mortgage interest deduction.

After I showed Lamle’s model to my ProPublica research partner, Doris Burke, she steered me to Zandi’s research, which I realized could be used national value-loss numbers.

Ready? Here we go. The broad picture first, then the specific. This gets a little complicated, so please bear with me.

Zandi says that because of the 2017 tax law, U.S. house prices overall are about 4% lower than they’d otherwise be. The next question is how many dollars of lost home value that 4% translates into. That isn’t so hard to figure out if you get your hands on the right numbers.

Let me show you.

The Federal Reserve Board says that as of March 31, U.S. home values totaled about $26.1 trillion. Apply Zandi’s 4% number to that, and you end up with a $1.04 trillion setback for the nation’s home owners. That’s right — a trillion, with a T.

Please note that Zandi isn’t saying that house prices have fallen by of 4%. That hasn’t happened. What he’s saying is that , house prices are about 4% lower than they’d otherwise be.

a very big deal to families whose biggest financial asset is they have in their homes. And there are untold millions of families in that situation.

While Zandi and I were having the first of several phone conversations, me a county-by-county list of the estimated home-price damage about 3,000 counties throughout the country. I was fascinated — — to see that the biggest estimated value loss in , 11.3%, was in Essex County, New Jersey, the New York City I live.

You can find Zandi’s county-by-county list in our Data Store. Eyeball the list, and you’ll see that counties throughout the country have home values lower than they would otherwise be.

Here’s how it works. Zandi took what financial techies call the “” of the property tax and mortgage interest deductions will lose over seven years (the average duration of a mortgage) because of changes in the tax law and subtracted it from of the typical house. That results in a 3% decline in values below what they would otherwise be.

The remaining one percentage point of value shrinkage, Zandi says, the higher interest rates that he says will result from the budget deficits caused by the tax bill. He estimates that 10-year Treasury notes, a key benchmark for mortgage rates, will be 0.2% higher than they would otherwise be, which in turn will rates 0.2% higher.

Even though interest rates on 10-year Treasury notes are at or near record lows as I write this, they would be even lower if the Treasury were borrowing less than it’s currently borrowing to cover the higher federal budget deficits caused by Trump’s tax bill.

If Zandi’s interest-rate take is correct — it’s true by if in the law of supply and demand — even homeowners who by the inability to deduct all their real estate taxes interest costs are affected by the tax bill.

How so? Because higher interest rates for buyers translate into lower prices for sellers and therefore produce lower values for owners.

You can argue, as some people do, that real estate taxes should never have been deductible because allowing that deduction is bad economic policy that inflated home prices and favored higher-income people over lower-income people.

But even if you believe that, there’s no question that eliminating the deduction for millions of homeowners inflicted serious financial damage on homeowners who had no warning that a major tax deduction that they were used to getting would be wiped out.

(A brief aside: Among the modest winners here are first-time buyers who purchased their homes after the tax law took effect and benefited by paying less than they would have paid under the old tax rules.)

Lamle’s model isn’t applicable to most people because it works only for taxpayers with a household income of at least $200,000 a year who paid at least $1 million for their homes. But the principle underlying Lamle’s model applies to everyone who owns a home or is interested in owning one. To wit: You calculate the tax-law-caused loss of value by figuring out how much a house’s price needs to fall for buyers’ or owners’ after-tax costs to be the same now as they were before the tax law changed.

“People buying large-ticket items typically focus on after-tax costs of ownership,” Lamle told me. “The amount that many buyers can afford is affected by limits on their financial resources. Therefore, as their tax costs increase substantially because of the loss of tax deductions, they have less money available to pay for homes and to take on mortgage debt.”

At the suggestion of one of my editors, I asked Lamle to use a modified version of his economic model to estimate the tax law’s impact on the value of a theoretical house in the New York City suburb of West Orange, New Jersey, purchased for $800,000 in 2017 by a theoretical family with a $250,000 annual income. Those home value and income numbers are very high by national standards — but middle class by the standards of large parts of suburban Essex County.

Real estate tax on that theoretical house would run about $28,900 a year, according to statistics from the New Jersey state treasurer’s office. That tax used to be fully deductible for federal tax purposes. Now, deductible at all if you assume that the house’s owners are standard deduction on their federal returns. Or that even if deductions, they’re paying at least $10,000 of state , which means they don’t get any benefit from deducting .

According to Lamle’s calculations, this inability to deduct real estate tax has reduced the home’s value by $138,720, assuming a 5% mortgage rate. At a 4% rate, the value loss is $173,400. (For the math and assumptions underlying these numbers, see his methodology below.) So if the family put up $200,000 — 25% of the purchase price — to buy the house, more than half of that investment has been wiped out.

Obviously, it’s impossible to prove that Zandi and Lamle are right about the impact they say the tax law is having (and will continue to have) on home prices, because there’s no way to gauge the accuracy of their numbers. But the logic is compelling.

The loss in home values is crucial because it turns out that lots more people have bigger financial stakes in their houses than in their stock portfolios, which have thrived as the Trump tax law turbocharged corporate earnings and stock prices.

In fact, 73.5% of households that own homes, stocks or both had bigger stakes in the home market than in the stock market, according to David Rosnick, an economist at the Center for Economic and Policy Research, who parsed Federal Reserve data at my request.