Additionally, economic justice research conducted by the Black Women’s Roundtable (including the 2019 BWR Report on the “State of Black Women in the U. S.”), shows that “Black women are still the foundation of Black family financial power. And for most Black women, work Is not an option, it’s a necessary precondition for survival for themselves and their families. As a result, some 70% of Black women are primary breadwinners for their family unit. This compares to only 24% of white women who are the critical lynchpin in their family’s economic well-being. Over half (55%) of all Black families with children are headed by a single mother. And among single mother-headed families, fully 46% live in poverty.”

With regard to gender and health justice, BWR-sponsored studies have also revealed that the top issues that Black women want their national elected officials to address are to protect Medicare, Medicaid, Social Security and affordable healthcare. Further, reproductive justice issues of concern to black women include — the escalation of attacks on women’s rights to control their own bodies is on the rise by right wing extremists on the federal and state level. Over the past year, several state legislatures have also passed laws to limit women’s reproductive rights. These states include Alabama, Arkansas, Florida and Georgia. Planned Parenthood has reported that “Anti-women’s health politicians are attacking access to reproductive health care and sex education at the state level through dangerous bills, regulations and executive actions. These attacks include attempting to ‘defund’ Planned Parenthood health centers, limit health care coverage for birth control, and promote abstinence-only-until-marriage programs.”

The BWR Justice Project goals and outcomes include:

In 2020, The BWR Justice Project will include organizing BWR ”Power of the Sister Vote” townhall meetings during the 2020 presidential election primaries; release of its 2020 Presidential Election Non-Partisan Voter Guide; hosting its Annual BWR Women of Power National Summit on March 4 – 8, 2020 in Arlington, VA; as well as forums, listening sessions and summits organized by BWR state-based networks in MS, NC, OH, PA and SC.

The National Coalition on Black Civic Participation (NCBCP) is one of the most active civil rights and social justice organizations in the nation “dedicated to increasing civic engagement, economic and voter empowerment in Black America.” The Black Women’s Roundtable (BWR) is the women and girls empowerment arm of the NCBCP. The BWR is at the forefront of championing just and equitable public policies that centers racial, economic and gender justice to promote health and wellness, economic security and prosperity, quality public education and global empowerment for and with Black women and girls in the South and key states including: AL, FL, GA, MI, MS, NC, OH, PA, SC, VA and DC/MD/VA Metro areas. 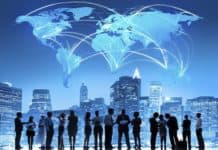 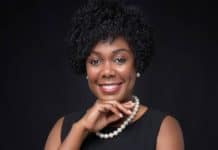