When attorneys pick jurors (during the process known as “voir dire”) they invariably want to know if the person being questioned can be open-minded and fair. If the juror says he or she cannot be open-minded and is unwilling to let go of whatever preconceived notions they might have, they are routinely excused by the judge for obvious cause. The reason, of course, is that both the defendant and the judicial process demand that bias and prejudice not prevent a fair trial from taking place.

Every defendant is entitled to a jury of his or her peers. What they are not entitled to, though, is a jury of their friends. No defendant, regardless of the charge, would ever be convicted if their friends were on the panel that was called upon to judge their guilt.

To be sure, we all know the process is different. There’s no such thing as a “jury pool” in impeachment. The jury is the Senate and that’s just how it is. More likely than not, the two parties have already been at odds over the impeachment, so “partisan” is the process’ middle name.

Impeachment, as it was explaind by Alexander Hamilton of New York in Federalist 65, strictly deals with the “misconduct of public men, or in other words the abuse or violation of some public trust.”

Trump’s withholding of foreign aid to force another government to investigate a political rival was arguably both an abuse of public trust and an attempt to bride another politician (albeit foreign) into taking an action designed to benefit him. The fact that both sides interpret the same facts differently are precisely the reason a trial should be held, and certainly not a reason to decline to impeach.

What Trump did was clearly improper. People may argue about whether or not his actions rise to the “level” of a high crime or misdemeanor, but if it is arguable they did not, it is equally arguable that they did. The fact that the president did a 180 after his actions began surfacing don’t make them any less improper. Only blind loyalists to President Trump would argue that articles of impeachment, given the facts set forth, were not warranted.

The constitution gives prosecutorial power to the House of Representatives, but the Senate is responsible for saying ‘yea’ or ’nay.’ Twenty Republican Senators would have to vote for impeachment for a two-thirds majority favoring impeachment to exist. That won’t happen.

But the overriding idea expressed by the impeachment process in Article II is that behavior unbefitting the president should be addressed by the legislature. Principle, then, becomes important. The damage done to the image of the presidency becomes important. So all elected officials should approach the question of impeachment with the national interests foremost in mind. Some open-mindedness, then, is critical, so that the a fair appraisal of the evidence produces an informed, unbiased impeachment decision.

Graham, though, told CBS’ “Face the Nation” this past Sunday that he has “clearly made up” his mind about an impeachment trial. He said: “I don’t need any witnesses. . . . I’m not trying to pretend to be a fair juror here.”

Graham runs the powerful Judiciary Committee, so he’s in a crucial position as far as Trump is concerned, and he has promised to deep-six the impeachment inquiry.

“This thing will come to the Senate, and it will die quickly, and I will do everything I can to make it die quickly,” he said.

If it’s okay for Trump to threaten the withholding of foreign aid for potential personal gain, it will be okay for the next president to do so, too. And as for Graham, it’s one thing to know he’s going to vote based on his personal bias, and another to know he doesn’t mind saying so in public.

Such is the arrogance of elective politics.

A Somber Word of Warning About the Need to Self-Isolate 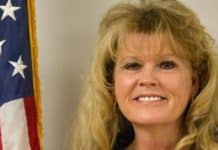