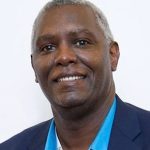 NNPA NEWSWIRE — “Mr. Cosby’s lawyers are now considering filing a motion asking the court to release Mr. Cosby from prison and place him under house arrest for the duration of his sentence,” Cosby’s longtime spokesman Andrew Wyatt of the Birmingham, Ala.-based Purpose PR Firm, stated.

Lawyers for Bill Cosby are preparing to petition the court for his release amid the coronavirus pandemic.

A spokesman for Cosby, who is in the second year of a 3-to-10 year prison sentence for aggravated indecent assault, said Cosby doesn’t have the virus, but his age (82), blindness, and high blood pressure does make him vulnerable to COVID-19.

“Mr. Cosby’s lawyers are now considering filing a motion asking the court to release Mr. Cosby from prison and place him under house arrest for the duration of his sentence,” Cosby’s longtime spokesman Andrew Wyatt of the Birmingham, Ala.-based Purpose PR Firm, stated.

Specifically, the lawyers are focusing on whether states are granting early release to elderly inmates from prisons due to the coronavirus, which could be a valid legal argument for Mr. Cosby, Wyatt noted.

Prisons and jails around the country are becoming infested with Coronavirus cases – and it’s only a matter of time before SCI-Phoenix in Montgomery County, Penn., experiences an outbreak, Wyatt stated.

Montgomery County is at the epicenter of Pennsylvania’s coronavirus outbreak.

The county, which is home to about 800,000 residents and a senior population of almost 18 percent, has recorded more than 145 cases of the coronavirus. Philadelphia, with more than 1.6 million residents and the largest county in the state, has about 170 cases. No other county has reported more than 58 cases.

“Mr. Cosby is elderly and blind – and always needs to be escorted around the prison by support service inmates, known as Certified Peer Specialists (CPI). Those inmates could fall victim to the coronavirus and easily spread the disease to Mr. Cosby as they wheel him around in a wheelchair. Among their duties, the inmates bring Mr. Cosby to the infirmary for his doctor appointments and clean his cell.

“In addition, Mr. Cosby is constantly in contact with the correction officers who could contract the disease on the outside and bring it inside the prison, potentially exposing Mr. Cosby to the virus.”