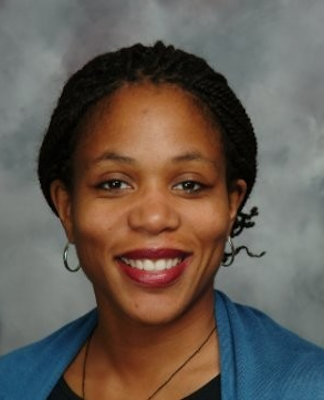 Prior to this weekends protests around the United States over the death of Georg Floyd and others persons of color who have died while in custody of police, WMU-Cooley Associate Dean and Professor Tracey Brame, a civil rights expert,  spoke with media outlets in Michigan regarding the use of force, and shared her personal experiences.

Brame spent several years as a public defender; has spent hundreds of hours on racial justice work in Alabama, where she conducted research, interviewed inmates and their families, and compiled statistics on racial bias in jury selection; and helped prepare arguments to be heard in front of the  US Supreme Court.

While part of a discussion on protests against police use of excessive force on Michigan Public Radio’s Stateside, Brame said, “While laws are in place to protect people from being discriminated against, the law, unfortunately, can’t touch the fundamental problem of the lack of respect that our country still has for people of color, and like George Floyd, are automatically seen as dangerous criminals to be subdued.

“It’s become a cycle and it’ll continue to be that way unless somewhere along the way we can establish a sustainable commitment in being proactive – and not reactive – in improving the state of relations between people in the country and the state of being of African Americans.”

During an interview with FOX 17 in Grand Rapids, Michigan,  Brame said while changes to the law have occurred in the past, it’s going to take a nationwide, systemic and cultural change to prevent things like this from continuing to happen.

“I think the law has done what it’s can to put people of color on equal footing, legally, and to hopefully enforce the rights of every American citizen. But one thing that the law can’t do and that we have to do as citizens is to really address the heart and mind issues. You can say you can’t discriminate against this person because of color but you can’t make someone respect them as a person. I often say, and I think this very deeply that our country in general has a lot of work to do around the issue of race around unpacking our history.”