We read in disbelief that a Black man who has already spent almost 23 years in a Louisiana prison for stealing a pair of garden clippers has now been denied any measure of mercy and must spend the rest of his life behind bars for his minor crime.

Fair Wayne Bryant, 62, was convicted of stealing the clippers in 1997 when he was 38. And five white men who sit on the Louisiana Supreme Court decided that it served justice to destroy a life for such a minor crime.

The only dissent came from the court’s sole Black, and only female, Chief Justice Bernette Johnson. Chief Justice Johnson wrote a blistering dissent that shines a spotlight on how law is used as a weapon by oppressors against the oppressed.

Bryant had been convicted of three previous crimes and all four of his convictions resulted from his attempts to steal something. Chief Justice Johnson argued from the bench: “Such petty theft is frequently driven by the ravages of poverty or addiction, and often both. It is cruel and unusual to impose a sentence of life in prison at hard labor for the criminal behavior which is most often caused by poverty or addiction.”

Bryant’s infractions over the years were the acts of a desperate man, a man forced into poverty by a system designed to keep him in a state of poverty so that others could live more affluently. But the Louisiana courts used the pattern of his behavior as evidence of the need to keep him separated from society. And while the white men in black robes would never admit it, the courts in the state of Louisiana were not seeking to punish Fair Wayne Bryant as much as they were sending a message to the oppressed Black people of that state.

Reading between the lines, we can see the dehumanizing process used by the courts to inflict pain upon Black people in order to ensure their compliant and subservient behavior. The language used by a lower court in Bryant’s case tortures logic while denying Bryant’s appeal of his cruel and unusual punishment. The Louisiana 2nd Circuit Court of Appeals issued an opinion that stated in part that the “litany of convictions and the brevity of the periods during which the defendant was not in custody for a new offense is ample support for the [life] sentence imposed in this case.” In short, this statement argues that Bryant should stay in jail for life because he has spent time in jail before.

The three-word opinion of the five white justices – “Writ application denied” – was as chilling and final as a death sentence. They gave no explanation for their decision because they did not believe they had to. But Chief Justice Johnson was not having it and wrote a dissent that pointed to the historical underpinnings of such an unjust and oppressive use of the law.

In her dissent, Chief Justice Johnson pointed to the “Pig Laws” that had been enforced in Louisiana in years past. These laws were designed to trap impoverished African Americans in a legal web designed to keep them poor and “in line.”

When slavery was abolished by the 13th Amendment in 1865, Southern plantation owners in states like Louisiana found themselves without enough manpower to keep their fields operational. But they soon found a loophole. The 13thAmendment stated: “Neither slavery nor involuntary servitude, except as a punishment for crime … shall exist within the United States.”

Pig Laws were passed to unfairly target and entrap poor former slaves and force them into a penal system that provided free labor for plantation-owning whites. They were dubbed “Pig Laws” because many of them made it a crime to steal farm animals. And newly freed slaves without the means of acquiring food legitimately often were reduced to theft. This was forced criminality by design and the Pig Laws and other Black Codes provided a steady supply of free Black labor to replace the emancipated slaves.

Poverty has ravaged Blacks since emancipation, and poverty’s frequent companion, addiction, has followed in its wake as the oppressed attempt to self-medicate in order to ease their pain and suffering.

Laws are tools for social design. They are passed to make people behave in a particular way. In the hands of an oppressor, laws are tools to extract subservient behavior from the oppressed. And when used for that purpose, these laws are no more just than midnight lynchings or other barbaric assaults to enforce subservient behavior. Like lynchingsand beatings, these laws are the oppressive weapons of the unjust.

Most of the laws used to police black and brown bodies today are pig laws that have evolved to adjust to the modern realities of our time. This is why excessive force is constantly applied to people of color and local, state and federal institutions contort logic to defend it.

Too many laws as they are applied to people of color are unjust and we must fight our way to the polls to root out the people who design them and utilize them. 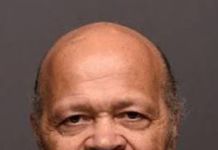 COMMENTARY: Brownshirts In Our Streets

Donald Trump and Other False Gods