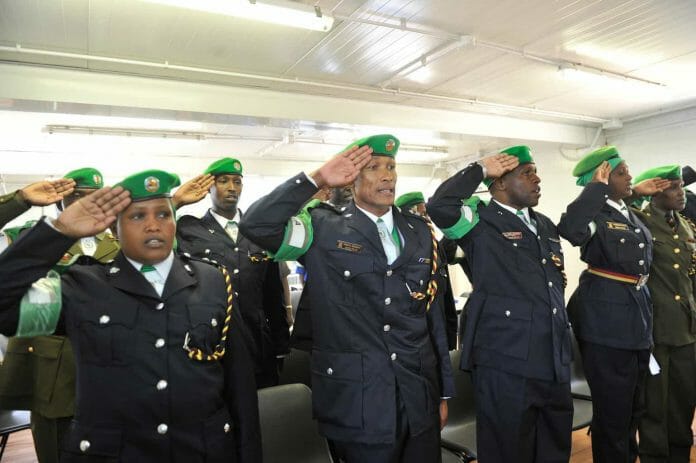 In America, one incident of police brutality captured on video in May sparked global protests and may have finally galvanized calls for police reform. In Kenya, things are very different.

Young Kenyans lose their lives frequently, sometimes weekly, especially those from informal settlements, due to excessive force by the police.

Unlike many countries, violence has heightened over the years due to nepotism, tribalism and ethnic politics.

Thirteen-year-old Yassin Moyo was on his parents’ balcony March 30 when a “stray bullet” hit him.

“It was about 7 p.m., and I was in the house,” said Hassan Motte, Yassin Moyo’s still-grieving father. “My kids were on the balcony. The police were doing their normal checkup (enforcing curfew due to the coronavirus pandemic). After a few minutes, I heard gunshots. I told my kids to lie down, only for Yassin to tell me he was shot. He was bleeding.

“We immediately took him to the hospital, only for Yassin to die (in) a few hours,” his father said. “When we arrived, no doctor was available to attend to him. It’s very sad. We took his body and buried Yassin Moyo the following day.”

‘The death of my son has changed my life and how I view the government. I mean, they are supposed to protect us, not to kill innocent Kenyans. Even though I know the police officer who killed my son, I am sure there will be no justice because the police are believed to be above the law.”

Moyo’s killing sparked a reaction from Kenya President Uhuru Kenyatta, who apologized. While killings have not completely stopped, the officer involved in Moyo’s death was expected to face charges.

Michael Maina, a motorcycle rider, said he was lucky to survive after his March 21 encounter with a police unit.

“I was on my way home when seven police officers dressed in casual wear pounced on me. I tried to explain that I was a motorcycle taxi rider, but they didn’t listen. I had carried a client actually who happened to live in the same neighborhood. One of them hit me with a piece of wood that had nails on it. I fell, and it is through this incident that I lost my right eye,” said Maina.

Advocates say the use of force and police killings in Kenya results from corruption, poor accountability and a poor recruitment process.

Historically, governments have used the police to enforce their political agenda. Under the British Colonial government, the major role of the police was to guard the interest of the administration, not to serve the general public. Post-independence, political leaders continued the practice. To qualify for the police force in Kenya, candidates need to be between 18 and 28, with a GPA of 1.3, though short stature may be used as an unofficial disqualifying criterion for many.

Just like his successor, Daniel Arap Moi used police as a tool for repression and assassination as well as detention and torture of his political opponents.

Current President Uhuru Kenyatta’s family has been accused of using police force to evict people from their land.

“Early in the 1960s, life was difficult,” said Gitu wa Kahengeri, a veteran of the Mau Mau uprising that led to Kenya’s independence. “I was beaten until I couldn’t feel pain anymore. The same is happening right now to Kenyans who choose to speak up against injustice, challenge politicians. It’s like we are back to the old days.”

Anne Marie Okutoyi, a commissioner at Kenya National Commission for Human Rights, emphasizes government listening to its people and politicians accepting election results rather than forcing their way.

“We have a long way to go, especially in our country. We didn’t learn from post-election violence in 2008, where two tribes, the Kikuyu and Luos were fighting for power. Kenyans lost their lives; this happens when elections are near. Even now you can see politicians creating tension as we gear up for elections in 2022,” said  Okutoyi.

Of Kenya’s four presidents since 1963, three are from the Kikuyu tribe.

Parallel with the police violence, Nyarari wa Mumbi, a human rights activist from Kayole-Soweto, explained how politicians recruit young people in the slums to create chaos for money.

“People here are promised $2 to create violence in the country. Many people here are jobless, so they will do anything to get money. Politicians are using youths to create tensions,” said wa Mumbi.

While calls for police and governmental reform may find receptive ears in many nations, Kenya is not likely to be one anytime soon.

As Gitu wa Kahengeri said: “Under the former presidents, Kenyans were not supposed to say anything about the regime. If you did, you will be dead by the time you finish your sentence. Despite gaining independence, nothing has changed. Kenyans are still massacred in their country, courtesy of power-driven politicians. Others are forced to flee to safer places, especially during the election period.”