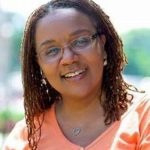 Help. I hate my boyfriend’s daughter. She is only 10 (a year older than my daughter). She is fat, lazy, manipulative and needy, just like her mother. She is behind at school and whines constantly. She and my daughter are complete opposites physically and intellectually. It’s gotten to the point that I ignore her completely and would rather not do anything with her. I find myself criticizing her to her father quite often and later feel bad. I think her mom is influencing her behavior. My boyfriend says she a good kid but I just enjoy it better when she is not around. Should I talk with my boyfriend about this again or just call it quits?

Call it quits and don’t date another person who has kids, cause you are not ready to participate in a blended relationship. Girl, pleeze!

You’re all dressing up in drama just as much as her mother. Instead of masking your displeasure and jealousy, you’re taking it out on his daughter. When you imply that her mother is putting her up to this behavior, who, my dear, is contributing to yours?

You have two choices. Right here, right now, make up your mind. If you’re interested in this man, then get along with his daughter. It’s as simple as that. Let me remind you: She was his daughter before you met him. She’s known him longer than you. She will be a part of his life for the rest of his life, regardless of whether the two of you work out or not.

The reason why I’m putting you in charge of this pile of dirty laundry is because you’re the adult. You’re mature enough to separate the delicates from the heavily soiled.

Grab yourself a cup of softener and talk to him about how you’d like to help him in raising his daughter’s confidence and self-esteem. When she’s with you guys, go bike riding, hiking and swimming. This will help her become active and healthier. At first she’ll resist, but encourage her and tell her she can do it. Your daughter can help too. Study time and schoolwork should be incorporated in her visit.

You can encourage her Dad to check her work and make sure she’s improving in her studies. Your actions are influencing your daughter. So stop it with the mean girl routine.

Teach both girls to get along. Be the example, patiently, lovingly, allowing his daughter to trust and learn to fit into your world. Cut that little girl a break. This is a huge adjustment for her.

On the real, what’s an addition to your family is a division to hers. Stop blowing out her candle; it doesn’t make yours shine any brighter. Put an end to the criticizing and don’t ever mention her in a negative light, ever again.

Finally, you are not in a competition for the love of her father. Love isn’t only about what makes you feel good. Long, lasting love is about contributing and assisting your partner become the best they can be. What you pour into your boyfriend’s daughter will feed into the love you two share. She deserves your best. If it ain’t in you, walk away.