NNPA NEWSWIRE — “My son was 20-years-old,” Katie Wright reminded journalists and community members, just hours after her son’s fatal police encounter. “He got pulled over for having air fresheners in the car that I just gave him,” she forcefully explained. “All he did was have air fresheners in the car, and they told him to get out of the car.” Brooklyn Center police officials claimed officers pulled Wright over for a traffic violation. 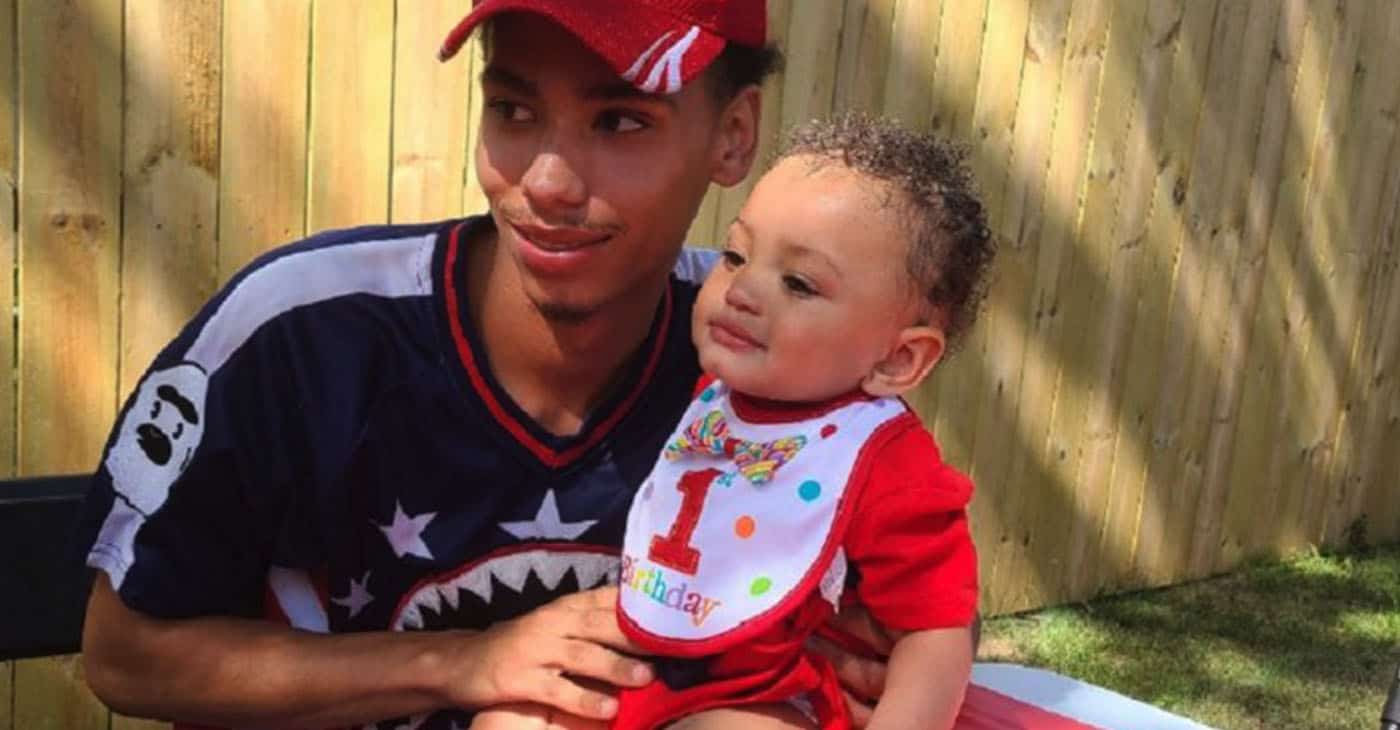 Katie Wright, the mother of the 20-year-old African American man shot and killed by police a short distance from a Minneapolis courtroom where former cop Derek Chauvin stands trial for the murder of George Floyd, is searching for answers.  Wright, and a frustrated community that still has not wrapped its head around Floyd’s very avoidable murder, said there was no reason for officers to shoot Daunte Wright, Sr.

“He got pulled over for having air fresheners in the car that I just gave him,” she forcefully explained. “All he did was have air fresheners in the car, and they told him to get out of the car.”
Brooklyn Center police officials claimed officers pulled Wright over for a traffic violation.
The incident occurred at about 2 p.m. in the 6300 block of Orchard Avenue in Brooklyn Center.
Police officials said Wright, the father of a one-year-old son, had an outstanding warrant.
When they attempted to arrest him, Wright retreated inside his vehicle.
“One officer discharged their firearm, striking the driver, and the vehicle traveled several blocks before striking into another vehicle,” authorities wrote in a statement, which failed to address why police shot the unarmed Wright.
A female passenger in Wright’s vehicle reportedly suffered non-life-threatening injuries.
“People in the Twin Cities, especially young Black people, are outraged by the police killing of Daunte Wright,” Mel Reeves, the Minnesota Spokesman-Recorder editor, declared.
spokesman-recorder.com/, one of the 230 African American-owned newspapers and media companies represented by the National Newspaper Publishers Association (NNPA), has continued to cover the trial of Chauvin, who faces multiple counts of murder in the death of Floyd last May.
“Wright was unarmed, and there is no apparent or logical reason why Brooklyn Center police would have shot him during a traffic stop,” Reeves remarked.
Al McFarlane of https://www.insightnews.com/ also expressed concern about the latest incident.
Insight News also is a member of the NNPA.
McFarlane said his newspaper is monitoring the matter and he also plans to discuss it on his https://www.kfai.org/program/conversationswithalmcfarlane/ radio program that airs at 1 p.m. daily in the Twin Cities.
Katie Wright said as officers pulled her son over, he called her. “I heard someone say ‘Daunte, don’t run,’” she recalled.
Wright said her son’s girlfriend answered the phone when she called back.
“He got out of the car, and his girlfriend said they shot him,” Wright uttered as her voice trailed. “He got back in the car, and he drove away and crashed, and now he’s dead on the ground. Nobody will tell us anything. Nobody will talk to us. I asked them to please take my son off the ground, he’s been there since 1:47 this afternoon.”
Minnesota Gov. Tim Walz said he would closely monitor the situation as National Guard troops arrived to quell potential conflict between police and a still-on-edge community.
“Gwen and I are praying for Daunte Wright’s family as our state mourns another life of a Black man taken by law enforcement,” the governor tweeted.
As frustrated individuals from the community shouted and chanted their displeasure with police, officers donned riot gear, fired flashbangs, and sprayed chemicals on protestors who marched toward the Brooklyn Center Police Department headquarters.
“He was only 20 years old, and he didn’t deserve to be shot and killed like this,” Katie Wright demanded. “I don’t want all of this, all of this. I just want my baby home. That’s all I want is I want him to be home. I don’t want everybody out here chanting and screaming, yelling, I just want him home, that’s it.”