Famed civil rights leader Rev. Jesse Jackson, Sr. and his wife have been hospitalized after testing positive for COVID-19. Jackson, 79, and his wife, Jacqueline, 77, were taken to Northwestern Memorial Hospital in Chicago, according to a statement released by their son Jonathan Jackson.

“Doctors are currently monitoring the condition of both,” read the statement as reported by Chicago’s ABC 7. “Anyone who has been around either of them for the last five or six days should follow the CDC guidelines.”

As news spread, elected officials like former Rep. John Lewis’ successor Rep. Nikema Williams used the news also to encourage followers to get vaccinated and stay masked up to slow the spread.

Like many places across the country, Chicago has experienced a resurgence in COVID-19 cases as the delta variant continues to surge. The city reinstituted a mask mandate for the windy city that began Friday.

While Jackson was vaccinated back in January, breakthrough COVID-19 cases continue to be reported. Chicago recently crossed the threshold of 400 COVID-19 cases a day earlier in the week, according to NBC 5 Chicago.

Vaccination remains the best protection against COVID-19, even as immunity wanes for some. NBC News reported that Professor Lawrence Young, a virologist, recently discussed waning immunity during an interview with CNBC.

Young explained that waning immunity could impact older adults and others who were vaccinated earlier on. “There will always be a proportion of individuals who will still remain susceptible to infection and illness,” he said in an interview. 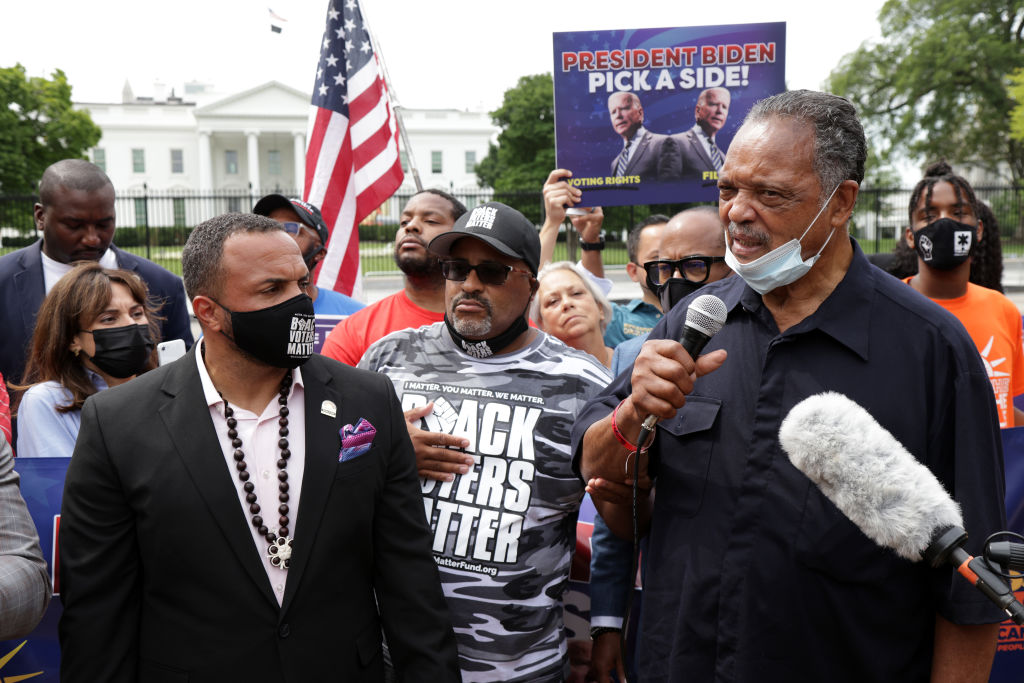 The CDC recently authorized immunocompromised individuals for a third booster dose of Pfizer or Moderna, the mRNA vaccines. Booster shots are expected to be available to all people beginning in September.

In November 2017, Jackson revealed his diagnosis of Parkinson’s disease. It is unclear if there are additional considerations because of the underlying condition.

Jackson’s Rainbow Push Coalition recently held its 55th annual convention a few weeks ago, focusing on COVID-19 and bridging the equity gap for communities of color. Dr. Anthony Fauci spoke at the convention stressing the importance of vaccination and the massive battle ahead with getting the pandemic under control.

This article first appeared on BlackAmericaWeb.com.