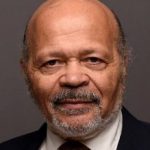 For more than 1,500 years, Europeans and their cultural descendants have been defining reality for the people they have subjugated around the world. We tend to think that global domination by that small percentage of the world’s population living in the northwest corner of the Eurasian land mass began in the late 15th century when Christopher Columbus sailed to the Western Hemisphere and Vasco da Gama sailed to India. But the seeds of white supremacy were planted long before that.

Ancient Europeans were aware of the existence of India. Most serious students of history learn of Alexander the Great’s invasion of India. From the time of Augustus Caesar, the Roman Empire routinely traded with India. But when many modern writers reference the “Ancient World,” Greece and Rome come to mind, but not India. Neither are references made to Native American cultures that were in existence thousands of years before Columbus set sail.

After the fall of the Western Roman Empire in the 5th century, European religious and cultural leaders began to develop narratives that centered themselves and people like them in the history of humankind. This centering had a profound impact upon the development of Western civilization.

In the absence of the Roman Empire, Europe fractured into much smaller independent states with little knowledge of what existed beyond their borders. These states warred with each other and promoted their own characteristics as superior to all others. It was during this time that the national identities of the French, the Germans and the Spanish began to solidify, and for almost 1,000 years, there was constant violence and conflict as each culture tried to gain dominance over the others and secure for themselves the limited resources that were available.

After this 1,000-year period of ignorance, violence and conflict in Europe, which is often referred to as the “Dark Ages,” state-sponsored European explorers began to venture out beyond their small corner of the world in search of resources. Spain sponsored Christopher Columbus’ voyage westward to find a new route to India. And soon after Columbus stumbled upon the Americas, Vasco da Gama sailed south from Portugal along the West African coast, rounded the Cape of Good Hope at the southern tip of the African continent and eventually crossed what became known as the Indian Ocean to India itself. Armed with cannon and cruel greed, the Spanish and Portuguese fleets began to plunder these foreign lands.

To justify the horrific atrocities committed against the people found in these new lands, the Spanish and Portuguese professed to be the messengers of Christian love   and charity. So noble was their cause deemed to be, that in 1494, Pope Alexander VI divided the world in two, giving one half to Spain and the other to Portugal. But soon, the English, French and Dutch challenged the Spanish and Portuguese for these “new lands” filled with riches. Then Europeans began to slaughter each other as well as the unlucky indigenous inhabitants.

Armed with religiosity as well as cannon, European imperialists began to differentiate between Christians and “heathens,” bringing the latter to heel in the name of God’s mandate and the progress of civilization.

As they had done to each other in Europe for centuries before, the imperialists then began to do to the rest of the world. They created “others” and declared them to be undeserving of the bounty of their own lands. In support of this world view, the Eurasian land mass was divided into two parts, distinguishing Asia, with its non-white population, from Europe and its mostly white population.

This notion of Europe and Asia as separate continents has existed for centuries, with geographers declaring that there were seven major land masses called continents, and that each continent was divided from the others by a body of water. But the briefest examination of a world map reveals that there is no water separating Europe from Asia. The socio-political construction of Europe and Asia as separate land masses was created merely to “other” the non-white Asians.

Europeans and Asians, Christians and heathens, white people and Black people are all social constructs built to support a social order of global inequality that advantages white people to the detriment of people of color.

If we are ever to bring an end to white supremacy, we must diagnose the socio-economic and political condition of the world today and determine the causes of racism and the “othering” of the world’s various populations.

Critical Race Theory is one way to perform this diagnosis. It can demonstrate that there is a cultural thread that runs from the medieval superstitions of Europe to the 1836 Constitution of the Republic of Texas, which not only protected the right of its white citizens to own slaves, but also prohibited people deemed to be Indians and Africans from living freely within its borders.

Critical Race Theory also can demonstrate the cultural thread running from the slaughter of Africans and other people of color during the “age of exploration” to the present-day efforts of white supremacists to disenfranchise people of color in America and block their path to the voting booth.

We are now at the dawning of a new phase of a centuries old culture war, and we must arm ourselves with the knowledge of how we arrived at this point, because if we do not, the war will be lost.

Oscar H. Blayton is a former Marine Corps combat pilot and human rights activist who practices law in Virginia. His earlier commentaries may be found at https://oblayton1.medium.com/