NNPA NEWSWIRE — As many governors, school boards and educational systems are trying to erase history by banning certain books in our schools and public libraries, how powerful to have ABC’s mini-series “Women of the Movement: the story of Mamie Till Mobley,” told at this particular time. Some governors have even said that they would penalize schools, teachers and principals if such material is taught. The Mississippi Black History mini-series was and should be painful to watch for all who watched it. We need to be reminded of atrocities such as these.

By Paulette Patton, Contributing Guest Writer to The Mississippi Link

After recently watching ABC’s mini-series, “Women of the Movement: the story of Mamie Till Mobley,” I was reminded, as I often am, of memories growing up in Mississippi. 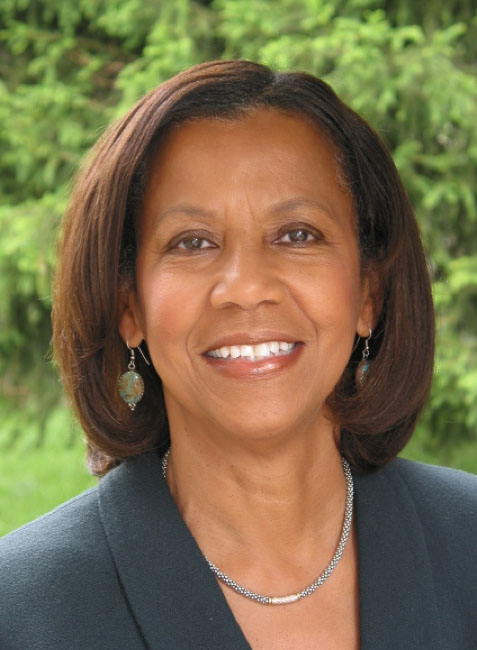 This docu-drama chronicled the life of Mamie Till Mobley, who devoted her life to seeking justice for her son Emmett Till. Till was abducted and killed for allegedly flirting with a white woman in Money, Mississippi.

I can remember looking at that iconic photo of Emmett Till in Jet Magazine when I was just 7 years old. I only recall how awful it looked. I don’t remember even asking my parents about it. Thanks to executive co-producers, Will Smith and Jay-Z, this true story was a painful reminder of Mississippi’s history during that perilous era.

As many governors, school boards and educational systems are trying to erase such history by banning certain books in our schools and public libraries, how powerful to have this story retold at this particular time. Some governors have even said that they would penalize schools, teachers and principals if such material is taught. The mini-series was and should be painful to watch to all who watched it. We need to be reminded of atrocities such as these.

For ten years, I helped plan and accompanied a group of Ursinus College (Collegeville, PA) students and their professors to Mississippi to visit sites around the state to have a firsthand look at some of the most treacherous and unforgiving parts of the history of the American South. We would start our journey in Jackson where we visited Jackson State University, (formerly Jackson College). Ursinus students learned about the killing of Phillip J. Gibbs and James E. Green and the shooting of twelve others on campus by the State Police in 1970.

Tougaloo College was another stop on our journey. Tougaloo’s history is rich in the Civil Rights Movement. Student activism was commonplace. Tougaloo College Archives, as stated on its website, has a collection of personal papers, oral histories, photographs and other memorabilia of persons who were active in the movement.

Hollis Watkins, a Tougaloo graduate and activist, is founder and director of Southern Echo. At this stop, students learned about the importance of community organizing. Watkins and others travelled all over the state of Mississippi teaching communities how essential it is for citizens to organize and have an impact on economic development, educational and environmental decisions.

While also in Jackson, we visited the home of one of those activists, Medgar Evers. We toured the Evers House, now a National Historic Landmark, where we saw the trajectory of the bullets that went into the home. We stood on the driveway where Evers was murdered.

Farish Street was another stop. Farish Street was the “largest economically independent” business section in Jackson, where Black businesses thrived. Recently, my sisters and I strolled down a few blocks of a mostly deserted community. We stopped at The Alamo Theatre where Black folks could see a movie without fear of being arrested because of segregation. Most of the businesses were shuttered. The Big Apple Inn, commonly known back then as Big John’s, was first opened in 1936, was still open.

Another stop, for the students, on our journey was Bolton, Mississippi to visit another Tougaloo College graduate and activist, Congressman Bennie Thompson, who is in his 13th term in the U.S. House of Representatives. Visiting Thompson’s office was always one of the highlights of the trip for many reasons, perhaps because he is a living legend, especially now as he chairs the January 6 Committee investigating the Insurrection that took place on our nation’s Capital.

Philadelphia, Mississippi was another stop. We saw the jail where Goodman, Chaney and Schwerner were detained and toured the courthouse where Edgar Ray Killen and seven klansmen and white supremacists were tried for their murder. Chaney, from Meridian, MS, and Goodman and Schwerner from New York, were working to help Black Mississippians register to vote. These three activists were abducted and murdered in Neshoba County, Mississippi in 1964. Our tour was led by Leroy Clemons, former president of the local chapter of the NAACP. Clemons is currently the executive director of the Neshoba Youth Coalition. Our tour ended at the murder site of Goodman, Chaney and Schwerner.

Many times, I would look at the faces of the students where tears flowed as Clemons told the story of their brutal murders as we stood on the site where they were buried.

As we journeyed to the Mississippi Delta, many times the ride was quiet as we looked out on cotton fields, as we tried to prepare ourselves for the last leg of the trip. Our first stop was in Ruleville, Mississippi to visit the gravesite of Fannie Lou Hamer, a voting and women’s rights activist, a leader in the Civil Rights Movement and co-founder of the Freedom Democratic Party. Here we paid homage to her and her lifetime of work. She is buried next to her beloved husband, Perry “Pap” Hamer.

From there to Glendora, Mississippi. We visited the Emmett Till Interpretive Center/Museum. This Museum was established by Mayor Johnny B Thomas. Thomas would meet us at the museum for a private tour. We were able to see a replica of the cotton gin fan that was tied around the neck of Till. The end of our journey was in Money, Mississippi. We stood on the very ground of Bryant’s store where Till and his cousins had entered to buy candy. This is the location where he was falsely accused.

Visiting all these places gave me the opportunity as an adult to visit places I never went as a child. I’m sure my parents were trying to spare us from the brutal nature of violence perpetrated against Blacks. As a parent and grandparent, I can understand wanting to protect your child. But our history should not be erased. Books should not be banned.

One place that I have been intrigued by since a student at Tougaloo was Mound Bayou, Mississippi. I was intrigued by the fact that there was an all-Black town in Mississippi that once thrived. I had a romanticized vision of this Black community. I don’t recall knowing about Mound Bayou as a child. It certainly was not in our history books. Recently, my sisters and I decided to take a road trip to Cleveland, Mississippi which would include Mound Bayou.

As portrayed in the mini-series, Mound Bayou was a thriving community. Not only was it thriving, it was a thriving Black community. It was founded by two cousins, Isiah and Joshua Montgomery, and Benjamin Gill. It was founded in 1887 and aptly called “the Jewel of the Delta.” There was a hospital where Blacks all over the state would come for good medical care. The all-Black school was compared favorably with the best white schools in the state. There were several churches, a zoo, swimming pool, newspaper(s), insurance company, banks, credit union and sawmill, all owned by Black folks.

Today, like Farish Street, most of those businesses are gone. The hospital still stands and is used as the Delta Health Center.

Exploring and learning more about our history is very rewarding. Choose a place and set out on an adventure. As watching the Emmett Till story and visiting these places allowed us to see how we have survived as we struggle for self-determination. As we confront our history, we struggle with love and anger. Understanding our history is challenging and uplifting. But we must push forward. In the words of Maya Angelou, “And Still I Rise.”

James Hampton, reference librarian at the Eudora Welty Library in Jackson, MS, contributed to this article.