Floppies are little creatures who have many different adventures.  The author and artist bring to life in two art forms the world of the Floppies.  They also teach kids many valuable lessons that are subtle within the body of the work. “Frozen Floppies” is a fun kid’s book for all ages to enjoy.

Written by Irina Conikberg Dolnskiy Illustrated by Mark Wayne Adams
MWAI
c/o Mark Wayne Adams, Inc
O. Box 916392, Longwood Fl 32791
www.markwayneadams.com
9781596160170, $14.95, www.amazon.com
The author and artist have found a fun way to teach different parts of speech to kids.  Several of them are nouns, verbs, and prepositions.  The combined talents give the rules and show examples of them for children to remember how each parts of speech work together.  “Parts of Speech Parade New York City” is an easy resource for youngsters to learn language

The man in charge of world athletics, IAAF president Lamine Diack, tells BBC sports editor Dan Roan that the sport faces a “crisis” in the wake of recent doping allegations.

The boss of the International Association of Athletics Federations says claims of widespread doping among Russian athletes aired in a German TV documentary, are “shocking” and “disturbing” but says the world governing body has not been involved in a cover-up.

Diack dismisses the allegation that as many as 99% of Russian athletes are guilty of doping as “a joke”, and says he is “convinced that the majority of athletes are clean”.

Have you gotten complacent over the years, thinking that because you’re tax exempt, you don’t need to file a tax return?  It happens– and more often than many of us think.  So, you’re not alone.

If you have an existing 501(c)(3) tax exempt status– or if you are an organization that qualifies for exemption under section 501(c)(3)– you are required to file an annual return under section 6033(a).

If your tax-exempt (or tax-exempt-eligible) organization has gross receipts of less than $50,000, however, you are not required to file an annual return, but you ARE required to give the IRS notice (using the e-Postcard Form 990-N ), providing certain information required by section 6033(i) of the Code.

If you’re working on your Form 1023-EZ during the time that an annual return is required, you must complete the return, check the “Application pending” box, and send in the return.  If all you’re required to file is the e-Postcard electronic notice, Form 990-N, while the Form 1023-EZ is pending, you should contact the IRS at 1-877-829-5500 and ask them to open an account for the organization so that you can file the necessary notice.

Check out Publication 557 at www.irs.gov/charities for information on annual information returns and electronic notice filing requirements.  Look for any exceptions to the filing requirements that might benefit your non-profit.   If you believe you meet an exception to filing, you can ask the IRS to officially recognize the exception.  To do that you will have to file Form 8940, Request for Miscellaneous Determination.  A user fee is required.

Are you dizzy yet?  The rules are complicated, but you CAN get it done.  If you need help with your existing or newly formed non-profit, contact me (kseraaj@gmail.com).  I’ll be more than happy to help.

Like the writing inside, the cover has to capture the interest of a reader to want to pick up the book and begin reading.  In the case of this one that is all about covers and how important they are, it fails because there is too much going on.  The way the title is set up is part of the confusion. The title has certain words missing making it that much more complicated.  The author has some excellent points that are made inside and there are many examples of very good covers but it is interesting that the cover for the title of the subject is so poor.  “Book Design 7 Simple Steps to Design EBook Covers that Sell” should have been better thought out. 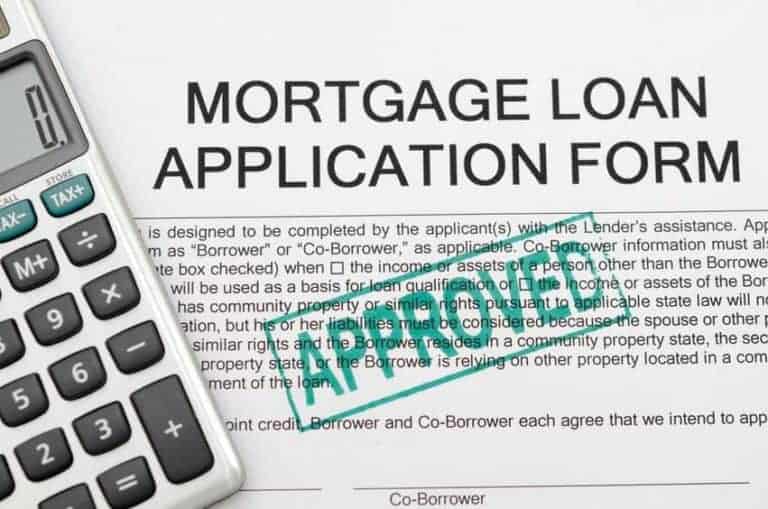 The home building and remodeling industries are largely back on track in the United States. The remodeling industry will rise about 5% in 2015, according to a recent report from Harvard, driven by large projects such as kitchen and bath renovations; associated areas such as the vanity and cabinet industry have grown by just over 4% per year in the last five years. Home sales are close to pre-recession levels in many regions.

Companies that participated in the recent Orlando Home and Garden Show say they’ve seen an uptick in business, too. But Orlando homebuyers, and particularly local Hispanics, are still struggling to recover from the national housing crisis.

According to a new analysis of federal mortgage data carried out by real estate and research company Zillow, about 17% of mortgages were denied in the Metro Orlando area in 2013. That’s five points above the national rejection rate of 12%.

This could be because prospective buyers have low credit, but other factors such as a high number of distress sales in the area may also be contributing to the problem. About 25% of the single-family homes sold in Florida last December were foreclosures or short sales, and loans for either can sometimes be denied due to problems with the properties themselves.

Andy Insua, Florida director of mortgage for Fifth Third Bank, recently explained to the Orlando Sentinel that Orlando was hit particularly hard in the market’s crash. So it’s not completely surprising that recovery will take longer.

Minorities Struggling to Get Approved
Zillow’s study, however, revealed another troubling fact: that minority homebuyers are struggling more than other buyers, with Hispanics facing the biggest challenges of any group in the Orlando area.

In the four-county region surrounding Orlando, 28% of Hispanic homebuyers were unable to secure a mortgage in 2013. About 25% of black applicants and 13% of white applicants were denied in the same timeframe.

Nationally, 22% of Hispanic buyers were rejected, as opposed to 27% of black and less than 13% of white applicants.

The institutions that underwrite mortgages are not allowed to explicitly consider race when assessing applications, but differences in income, debt, job history and past loan repayment often occur along racial lines.

Hispanic and black would-be homebuyers have an average income that is $20,000 less than that of whites.

Many Hispanic homebuyers also bought homes at the peak of the market, then lost their homes and accompanying equity in the housing crisis.

According to Zillow’s chief economist, Stan Humphries, the upside is that home values in heavily Hispanic and black housing areas are expected to rise more quickly in 2015, and that new financing options such as loans backed by the federal government will offer help to minority communities.

Millions of us use everyday the products of Tupperware but what do we know about the company.  In “Tupperware Unsealed Brownie Wise, Earl Tupper and the Home Party Pioneers” Bob Kealing delves into the world of Tupperware and reveals lots of secrets never before known until now.  He shows how the company was begun, the beginning of the home party and who began them, why the headquarters were relocated to Florida and the choice of city and the relationship of Earl Tupper and Brownie Wise.  “Tupperware Unsealed Brownie Wise, Earl Tupper, and the Home Part Pioneers” is a fast paced account of one of our most cherished companies and how it has grown and changed through the years.

The Death of a Black Nursing Home 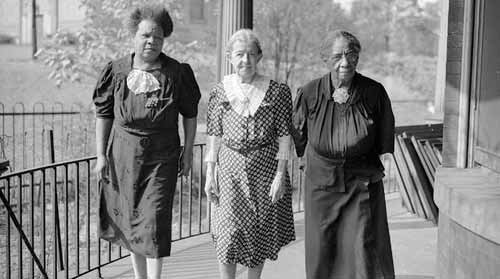 PITTSBURGH, Penn.–Elaine Carrington moved into the Lemington Home for the Aged in Pittsburgh in November 2004. She died three weeks later of a blood clot in her lungs. An investigation by the state found that the staff had failed to give Carrington any of her 10 prescription drugs for 20 days before her death. The Pennsylvania Department of PublicWelfare (DPW) fined Lemington $8,100 and put the home on a three-month probation.

In April 2005, Lemington filed for bankruptcy and in July of that year, shut its doors for good. A subsequent lawsuit watched by nonprofit nursing homes

nationwide would finally be settled by a federal appeals court decision in January 2015.

But what happened to Lemington is not uncommon. Researchers at Brown University found that more than 600 other nursing homes in African American, Hispanic and low-income neighborhoods also went bankrupt during this period.

Their study examined the closings of more than 1,700 independent nursing homes between 1999-2009 and found that those located in largely ethinc and low-income communities were more likely to have been closed, mostly because of financial difficulties.

The principal authors of the study, Vincent Mor and Zhanlian Feng, both of Brown at the time (Feng is now at the Research Triangle Institute), noted “closures were more likely to occur among facilities in states providing lower Medicaid nursing home reimbursement rates.” That left these homes without the resources they needed to compete successfully in an industry experiencing an oversupply of beds and intensified competition.

One could argue that the blood clot was not the fundamental cause of Carrington’s death and that the incidents that led to Lemington’s bankruptcy were inevitable outcomes of Medicaid policies rooted in racism. 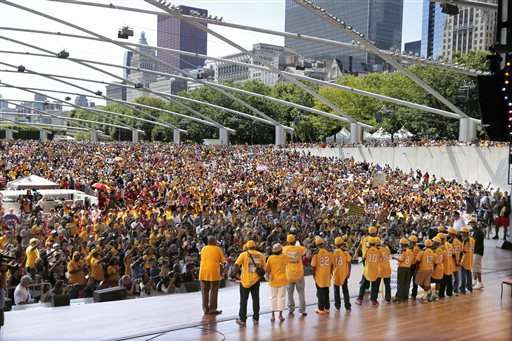 The solution to the problems remains a matter of debate, but local youth sports coaches say the Jackie Robinson West story has started important conversations about what’s best for a child — and it’s not winning at any cost.

“The moral of the story is … be careful of the pressure you put on these kids, and the expectations you set for them,” said Alonso Ramirez of Des Plaines, a former Jackie Robinson West team member who now coaches baseball at Palatine High School. “We’re trying to create adults here, not professional athletes.”

On Wednesday, Jackie Robinson West, the national champion Little League team from Chicago’s South Side, was stripped of its titles because it violated player boundary rules. The investigation began when a suburban coach alleged the team violated the rules by poaching top players from nearby suburbs. The Little League organization determined that Jackie Robinson West not only changed its boundaries, but also that league officials went to surrounding leagues to persuade them to go along with it.